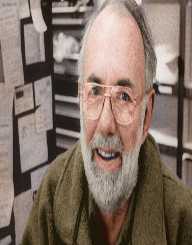 A Ballarat-native scientist was known as a trailblazer when it came to the study of virology. Granted with out of world honors, Frank  Fenner wholeheartedly gave it all to eradicate infectious diseases such as smallpox. It was in 1980 that he made one of the most memorable announcements in regards to human health- Smallpox which shortened human’s lives had been wiped out. Before his discovery, the smallpox virus blinded, killed and extremely disfigured over a thousand sufferers in one year. According to sources, over five hundred million deaths occurred during the 20th-century alone. It is not by chance that he gained a degree in Medical Science. Right from the start, he was called to help the whole world, and this is vividly seen in his in-depth analysis. Let’s see what he has in store for us.

On 21 December 1914, Frank Johannes Fenner was first seen in the world in Ballarat, Australia. His parents earned their living as teachers. At the age of two, his family went to live in Adelaide, South Australia. It was here that he joined Rose Park Primary School where he later joined the Thebarton Technical School. He then completed his studies at the University of Adelaide where he received his first MBBS degree and MD. Afterward, he earned a Diploma in Tropical Medicine from the University of Sydney early in 1940.

After the completion of his studies, Frank Fenner joined the Australian Army Medical Corps. He worked as a Captain at Palestine, Australia, Egypt and New Guinea. He then got a seat as a Major until the end of 1946 where he took several duties including being a pathologist and a physician.

An Australian virologist, Mac Burnet appointed Frank to lend his service at the Eliza and Walter Institute of Medical Research. An institute that was located in Melbourne. It was here that he started to work on different communicable diseases including smallpox. It was in this study that he came to shape his career as a virologist. He furthered his research where he developed several vaccines and tests that were related to smallpox in mice.

For his tremendous work, Frank was granted another job in NY Medical Research Institute in 1950. He took advantage of the position where he studied the causes of certain bacteria’s called Bairnsdale bacillus, that tend to cause Buruli ulcer. It was regarded as the most pretentious disease globally.

In 1949 Frank went back to Australia where he got a seat as the acting Professor of Microbiology at John Curtin School of Medical Research in Canberra. It was here that he began to study a virus called myxoma. He aimed to come to a right conclusion between the virus virulence and host resistance. In the process he found himself working on various virus groups such as pathogenesis, morphology, and classifications.

From 1967 to 1973 Frank worked as the Director of John Curtis School. While still in the position he served as the permanent Director of the Centre for Resources and Environment Studies till his retirement. Early in 1977, Fenner was selected to act as the new chairman of the Global Commission for Certificate of Smallpox Completion. And in 1980 the world was at peace when he came to announce the completion of Smallpox virus to WHA-World Health Assembly. The eradication of smallpox acted as one of the paramount work that was officially announced by WHO.

In 1945 Frank Fenner was recognized as a Member of the Order of British Empire when he helped to control malaria outbreak in Papua. He was also made as the Companion of the Order of St. George and St Michael. In 1988 he won the Japan Prize followed by recognition in the field of medicine, environment and public health in 1960s. In 2000 he was awarded an Albert Einstein World Award of Science. In 2002 Frank received the Technology and National Science Award. Other notable awards that Frank garnered include WHO Medal, ANZAC Peace Prize, and ANZAAS Medal among others.

In the course of WWII Fenner met Ellen Margaret Roberts while he was working in the army. The two opted to live together as a husband and wife, but it was unfortunate that they were both infertile. To avoid havoc and blames, they opted to adopt two children: Victoria and Marilyn. On 30th of March in 1958 Fenner killed herself due to mental instability. His long-term wife later died in 1994 due to cancer. In 2010 Frank breathed his last in Australia. In his honor, the Faculty of Science and ANU Medical School was built. The Australian Academy of Science launched an award called Fenner Medal to honor distinguished scientist.