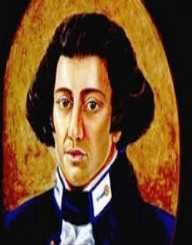 Fletcher Christian was the mastermind behind the HMS Bounty ship that was seized in 1787. Together with 25 others Christian took over the ship and directed it to Tubuai Island before heading to Tahiti.

Fletcher Christian was born in Eaglesfield, England on 25th September 1764. His family stayed in Cockermouth, Cumberland. He grew up in a family of three siblings. His father, Charles Christian, was an attorney and mother Ann Dixon was a housekeeper.

At the age of four, Christian lost his father. Christian and his three brothers were raised by their mother who was an irresponsible woman. One year after Christian's father had died, Ann ran down all the family property and was operating debt of 6,500 dollars and was facing the prospect of being imprisoned.

Fletcher Christian later forced to seek refuge from their relative's estates. The family was forced to leave in abject poverty since the little money they made went to pay the debt.

Fletcher Christian spent close to seven years in schooling at Cockermouth Free School. It was in school when he met William Wordsworth, who was later to become his associate.

It is not confirmed however his relationship with Wordsworth started in school. Christian was six years older than the renowned poet Laureate who was also in the same school. Ann Dixon, Christian's mother later died in 1819 in the Isle of Man.

At the age of 17, Fletcher Christian joined the Royal Navy. He went on to serve in the position for around one year before becoming a six-rate post ship.

Just six months after the ship's operation, Christian was promoted to the post of Master Mate. His rise in the ranks meant Christian's conduct and work ethic was excellent.

His rise in the ranks was however short-lived, after returning from India, he was demoted to the position of Midshipman and was later paid from the Navy.

Fletcher Christian joined William Bligh's ship as a merchant captain. Despite being new in the job, he was given the right to dine and birth in the officer's quarters.

In 1787, Christian faced a setback in his career. He was stripped of his duties for leading a mutiny onboard which was outlawed.

The same year Christian had lost his job, he was appointed as master's mate on Bounty after Bligh's had recommended it. He was the acting lieutenant in the ship. His ship arrived Tahiti on 26th October 1788. He spent the next five months with his crew in Tahiti.

On 4th April 1789, Fletcher Christian was set to sail a ship of breadfruit plantings 1300 miles to the western side of Tahiti. Motivated by Bligh's harsh treatment, the mutiny broke out. Christian was their leader, and out of the 20 sailors, 18 were loyal to him.

He later dropped 16 of his crewmen under unclear circumstances. He was left with only nine mutineers on board. The crew sailed eastwards and then landed in Pitcairn Island. Most men in the ship later died of sexual enslavement resulting from the sexual imbalance in the boat.

Fletcher Christian met Maimiti, during the mutiny on a stop in Tahiti. She was the daughter of the local chief. His attempt to build a colony in Tubuai was resisted by the natives. He had one son with Maimiti

It is believed that Fletcher Christian was shot dead on September 20, 1793, following a conflict between Tahitian men and the mutineers. There are claims that Christian's death was faked and that he was able to find his way back to England.