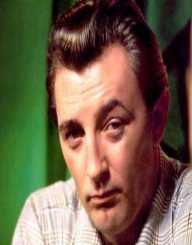 Fernando Espuelas is an American media personality, philanthropist, and author. He is also the first CEO of Starmedia, a pan-Latin internet portal and part of Orange, an internet services company.

Fernando Espuelas was born on August 6, 1966, in Montevideo, Uruguay. He was born into a wealthy family with his father being a successful real estate agent. The family remained financially stable until, when Espuelas was 8, his father left. Not long after his father left, Espuleas and his mother moved to the United States in 1976, with only $100 to tide them over.

His mother found work as a housekeeper in Greenwich, Connecticut after a series of short-term jobs.

After moving to Connecticut, he attended primary school and, in fifth grade, became famous for starting a kids’ bank insurance company at his school. A year afterward, he founded a student government at North Street School and became president of his class. Fernando Espuelas went on to attend Greenwich High School and graduated in 1984. In 1988, he graduated from Connecticut College with a degree in history.

Fresh out of college, Fernando Espuelas was hired as an assistant account executive at Wunderman Worldwide, a division of the famous advertising agency Young & Rubicam. While employed at Wunderman, he worked on various projects such as Weight Watchers and American Express. Fernando Espuelas worked there for about a year before leaving to go to another job at Lower & Partner’s and take on the agency’s Citibank Visa account. In 1991, Fernando Espuelas returned to South America and began working for Ogilvy & Mather’s Argentine operations. Here, he was the founding Managing Director. After such a long time in the United States, Espuelas found it necessary to relearn his native language of Spanish, which took two years to master. After relearning Spanish, he was hired by AT&T to introduce the brand around Latin America. A year on the job later, he was promoted to Managing Director of Marketing Communications, becoming one of the youngest executives of that rank within the company.

In 1996 he envisioned Starmedia, and by 1999 the company was a reality. By the end of the year, the company had 18 offices across the Americas and Europe and had a total of 12000 dedicated employees.

Fernando Espuelas and his childhood friend, Jack hen, created Starmedia and launched it in 1999. It was the first Spanish and Portuguese speaking internet media company available and quickly became popular. By being the face of the new company, Fernando Espuelas became the poster boy of Latin internet, appearing on magazine covers, in television shows, and on some of CNN’s promotions.

Most of what is documented about Fernando Espuelas is related to his work, and there is little about his own life. However, we do know that he is married to a cookbook writer named Ann Clark Espuelas. It was a well-kept secret when the couple got married, and we don’t yet know if the couple the couple have any children or plan to do so.