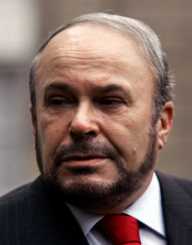 Fasano is an important political figure in Albania who has served as the Prime Minister of Albania for multiple terms. From a mill-worker to the country’s most important position, FatosNano’s story is of hard work and a fight against the opposition. Several allegations were made during his political career that even took him on a trip to the jail on charges of corruption, but due to his strong will and courage, he came out victorious proven not guilty of the charges.

Born on September 16, 1952, in Tirana, Albania, FatosNano is the son of ThanasNano and Maria. His star sign is Virgo. Both his parents were employed – his mother a government servant, and his father, the Director of the Albanian Radio Television.

Nano’s early schooling was done in the Sami Frasheri High School, Tirana where he learned foreign languages. He was an amateur musician and played guitar.

FatosNano became interested in politics and did his graduation in political economy from the University of Tirana in 1978. He then joined a metallurgical mill and began his career.

Nano’s political career didn’t begin till 1990. Ten years before that, in 1981, he started working as an economist at the Priska’s agricultural farm. From there, he got a research position at the Institute of Marxist-Leninist Studies in 1884. FatosNano deeply studied the reforms of the capitalist economies of the Eastern Bloc nations. In 1990, FatosNano was ready to enter into politics. His first appointment was as the Secretary General of the Council of Minister. FatosNano rose through the political ranks at a remarkable pace, and within just a year, he was elected as the Prime Minister of Albania. However, this government lasted only for a few weeks. Nano was elected in February and resigned in April-May. One month later, the Labour party was reorganized to form the Socialist Party with Nano becoming its leader. Political envy caused him much humiliation the next year when the Democratic party came to power and falsely charged him with corruption.

Fasano spent the next five years in jail. After being released in 1997, he fought a two-year long battle to be proven not guilty of corruption in 1999. In the same period, he became the PM of Albania once again but had to resign shortly due to huge resistance by the leaders of the opposition. Nano took a break from active politics after this. Fasano returned to politics in 2001, and he became the PM of Albania once again amidst charges of corruption rising once again. Nano resigned in 2005 and shortly after his resignation, retired from politics. He also tried to get elected as President unsuccessfully.

Fasano has had two marriages. His first wife was his longtime girlfriend, Rexhina. They married in 1976. They have two children – a son named Sokol and a daughter, Edlira. Nano divorced Rexhina in 2001. The following year, he married Xhoana Nano.