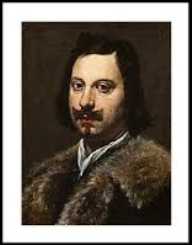 Evangelista Torricelli was born on October 15, 1608. He was an Italian mathematician and physicist. He invented the barometer. He also laid the foundation for integral calculus.

Evangelista Torricelli was born on October 15, 1608, in Faenza, Italy. He was born to Gaspare Torricelli and Caterina Angetti. He was brought up alongside two siblings. He was sent to his uncle Jacopo who assisted him in his education before he joined the Jesuit school. In 1624, he was admitted in a college for the Jews where he studied philosophy and mathematics. His uncle later sent him to Benedetto Castelli who was a professor at the University of Sapienza in Rome. He was taught subjects such as mechanics, mathematics, astronomy, and hydraulics. He was also a student of Galileo.

In 1632, Evangelista Torricelli wrote to Galileo on behalf of his professor Castelli where he expressed his love for mathematics, his belief in the Copernican theory and his knowledge of classical texts. The following year, he was appointed the secretary of Giovanni Ciampoli who was a friend to Galileo. By 1641, he finished his work that was published in three parts of ‘Opera Geometrica.’ He also worked and enhanced on Galileo’s theory of parabolic motion of the projectiles. He later showed his work to Castelli who gave a copy of the work to Galileo and asked Galileo to appoint him as his assistant.

In 1641, Evangelista Torricelli went to Galileo’s house where he worked alongside Viviani who was also Galileo’s assistant. In 1642, Galileo died, and Torricelli travelled back to Rome. While in Rome he was appointed in Galileo’s position by the Grand Duke Ferdinando II of Tuscany. He was involved in numerous scientific activities and became friends with Salvatore Rosa who was a painter, Carlo Dati and Andrea Arighetti who was a hydraulic engineer. The friendship led to the birth of ‘Academia dei Percossi.’ He later invented the mercury barometer and discovered ‘Torricelli’s law of fluid dynamics’ and ‘Torricelli’s trumpet.’

Evangelista Torricelli died on October 25, 1647. His body was interred at the church of Basilica of San Lorenzo in Florence.