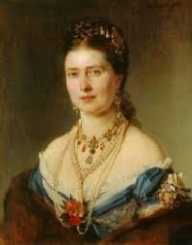 Empress Frederick was the eldest daughter of Queen Victoria of the United Kingdom and Prince Albert of Saxe-Coburg. Victoria Frederick later became the queen of Prussia and the Empress of Germany.

Empress Frederick was born on 21st November 1840 in London. On 10th February 1841, she was baptized according to the Christian culture. Coincidentally the day of her baptism was the day of her parents' wedding anniversary.

Queen Adelaide and the Belgium king were her godparents. Before the birth of her brother, Frederick was the automatic heir of the United Kingdom throne according to the British culture.

As expected Victoria received the best education and was well versed in a number of languages. From a young age, she was groomed for marriage in accordance with British culture.

Compared to her brother, Victoria was sharp and was hungry to learn new things. She, however, displayed an obstinate character.

The prince was always in touch with his children. He followed every step of their progress. Also, he spared time to often play with them, despite his busy schedule.

In 1851, she met her destined husband Crown Prince Frederick of Prussia. Since Prussia was an ally of the British government, the match seemed perfect politically.

Prince Frederick made his second trip to Britain in 1855. The essence of his visit was to see Victoria. Despite the concerns of Queen Victoria that the Prince would not find their daughter attractive enough, the two seemed to get along well.

After three days stay in the palace, Prince Frederick asked Victoria’s parents for permission to marry their daughter. Thrilled by the news, the royal family gave their consent with the condition that the marriage takes place before Victoria’s 17th birthday.

On 17th May 1856, the engagement was made public. The British public received the news with a lot of disapproval. The kingdom of Prussia faced accusations because of its neutrality during the Crimean war.

The Germans, however, received the news positively compared to their British counterparts. Even though some opposed the engagement, a more significant percentage were positive about the marriage.

The marriage later took place in 1857 at St. James Palace. The couple would soon move to Prussia after their engagement.

Despite the standard of living being lower in Prussia, Victoria and Frederick loved each other very much. He treated his wife very well as her equal.

Their first child Prince Wilhelm was born two years after their marriage. The child, however, had a physical disability. The couple went on to have seven more children despite the challenges of their first child.

After the death of Frederick William IV, his younger brother ascended to the throne of Prussia in 1888. Despite Fredric’s new status, their financial situation did not change much.

Prince Albert, Victoria’s father, died of a typhoid attack on 14th December 1861. The news of her father’s death devastated Empress Frederick because of their close relationship.

The happy family lost one of their children on 18th June 1866. Their fourth child died just 21 months after birth. This affected Empress Frederick too much. Her mother in law later accused her of mourning too much.

Due to the family’s financial worries, Victoria could not accompany her husband on foreign trips to cut the cost; besides, the prince was concerned about their children.

Her relationship with her mother in law was tense. The two often disagreed on various practices and traditions.

On 15th June 1888, Frederick III died of throat cancer. Their eldest son soon took over the throne. She later vacated her residence since her newly crowned son was taking over the house.

She built a castle named Friedrichshof in honor of her late husband. Following her daughters' marriages, Empress Frederick lived a solitude life.

During her final years, she devoted her time to painting, reading and writing letters.

Empress Frederick was diagnosed with breast cancer in 1898. Her condition put her in bed for an extended period. Seven months after losing her mother, the empress breathed last on 5th August 1901. Her corpse was stripped naked, rapped and buried according to the traditions of the church.

Her body lays next to her husband’s grave in Friedenskirche, the royal museum.