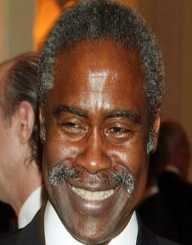 Edward Lewis is a self-starter business mogul of the African American descent. He was born on the 15th of May 1940 in the Bronx, New York. He is also the co-founder of Essence Magazine that especially zeroes in to empower black women. Due to his success in the management of the Essence Magazine, Lewis has gained a lot of respect from many people around the globe.

Following his great success with the Essence magazine, he started another magazine called the Latina magazine which is also a considerable achievement.

The birth of Edward Lewis came on 15th of May 1940 in the Bronx, New York. The place that they lived in was full of violence, and drug menace was making it a tough place to grow up. His parents, on the other hand, worked hard to keep him in check all the time and encouraged him to have an active work principle. Even though his father was a janitor and the mother a factory worker, Lewis was a disciplined child.

Edward Lewis is an alumnus of the De Witt Clinton High School in the Bronx. He performed quite admirably during his studies there. In addition to that, he was also a good athlete and a member of the football team. Following the completion of his high school curriculum, he graduated in1958.

He got his invitation to attend the University of New Mexico on a football scholarship. He almost died while going to the university for the first time. One of the plane's engine caught fire, but they landed safely, all the same. In school, he was among the only 12 black students that were present in a population of over 8000 students.

During his university years, Edward Lewis took a keen interest on the words of activist like Malcolm X and Martin Luther King Jr. This made him aggressively verbal and as a result, lost his scholarship in what the university termed as radicalism. He stayed in school however and graduated in the year 1964 with a bachelor’s degree in Political Science and International Relations.

The First National City Bank in New York employed Edward Lewis in the year 1965 as a financial analyst. He did well as a banker and was on his way to the top jobs as a loan officer but knew that he wanted more in life than just being a banker. In 1969, Lewis and his partner, Clarence O. Smith brought Essence magazine to life.

After a series of brainstorming, the decision to give the Essence magazine the vision of empowering women of color was formed. In addition to that, they also wanted to create jobs for people and bring hope to the disillusioned. Millions of people all over the world are currently reading the magazine making it such a huge success.

Edward Lewis met and married his sweetheart Carolyn Wright in the year 1991. She is a speech pathologist.