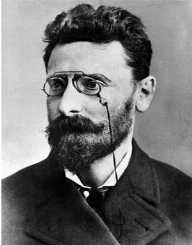 Joseph Pulitzer was one of the prominent US journalists and publishers of his time. He is known to have initiated the pattern of the modern day newspaper. He was born in Hungary and always wanted to be enlisted in the Austrian Army. However, he is always rejected because of his weak eyesight. He eventually got to be part of the US Union Army as a substitute draftee. He later settled in St. Louis after the war. He did a lot of odd works to cater to his needs before he became a reporter. For him, the newspaper was the Vehicle of truth, and he is always ready to use it against corruption, monopolies as well as ill practices by elected officials.

However, he got nominated by the Republican Party for State Legislature. The Democrats dominated his area and indeed won after a relentless campaign. Joseph Pulitzer is an ambitious person who used the money he made in the newspaper for his law school. His love for journalism was so evident in his ability to increase the circulation of New York World which was then in a financial brouhaha.

Joseph Pulitzer was born in Mako, Hungary into a prominent Jewish family on April 10, 1847. He was initially tutored at a very tender age privately where he learned French and German. His father later retired and settled in Budapest where he schooled. At age 17, he wanted to enlist in the Austrian Army, but he got rejected most especially because of his poor health – his eyesight most especially. In Hamburg, he later came in contact with a bounty hunter for the US Army. He got enlisted as a substitute for a draftee and was permitted under the Civil War draft system. Later, he got absorbed in Lincoln Cavalry.

He later returned to New York after his short military career. To support himself, he took several odd jobs including being a waiter, gravedigger, taxi driver, and deckhand. Joseph Pulitzer was later hired to maintain the land records in Atlantic Pacific Railroad. His experience here made him study law. He became in 1867, a naturalized American citizen.

His career started while watching a game of chess in a library in 1869. Joseph Pulitzer made a strategic move which made the players start conversing with him. The players there were the editors of Westliche Post and eventually gave him his first job. In 1869, he joined the Republican party where he was asked to fight for a seat in the State Legislature. It was, however, difficult for him to win becauseDemocrats populated the region, but he won due to his relentless campaigns. At the age of 25, he became a publisher and controlled the interest of Westliche post by bringing them out of bankruptcy. Sooner, he sold a German Newspaper and earned a profit of twenty thousand dollars. It was the money that helped him in his law studies as well as his political endeavors. By 1876, Joseph Pulitzer started practicing law but left it in 1878 to buy ST Louis Dispatch. He was able to voice his opinion against gambling and tax dodges with his articles and write-ups. Later on, he bought the New York World at a time when he has failing health. He was able to pull the Newspaper out of the financial mess and ensure that the newspaper reaches a circulation of 60, 000.

Joseph Pulitzer became a congressman in 1884, but he gave up his seat two years later because of his overwhelming love for journalism. In 1890, he built the New York World building which happened to be the tallest in the city. His newspaper was known for publishing stories against crime and was known for its investigative style. He, however, withdrew from New York World due to his failing health. He eventually lost his eyesight some years later.

Joseph Pulitzer is known to have used newspaper as his instrument against corruption, gambling, and monopolies as well as the ill practices of the elected officials. He also ensures that innovations were introduced through his newspaper in the areas of entertainment, comics, and sports coverage.

Joseph Pulitzer married Kate Davis in 1878. Kate was known to be a very prominent lady of her accord. The couple had seven children of whom two died. He eventually died in his yacht in South Carolina on October 29, 1911.