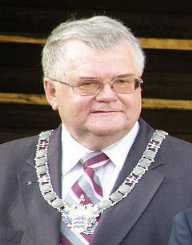 Edgar Savisaar was born on May 31, 1950. He is an Estonian Politician. He was born in prison following the arrest of his parents. He has been elected the mayor of Tallinn more than once in his lifetime. He has served as the acting Prime Minister of Estonia, Minister of Interior and Minister of Economic Affairs and Communications. He is also a co-founder of the Popular Front of Estonia and the Centre Party. He is also a writer who has published many articles and a few books. He has been on the forefront in Estonian politics.

Edgar Savisaar attended completed his elementary and secondary education from Tartu. He later joined the University of Tartu where he studied history. He graduated from the university in 1973. In 1980, he penned a thesis ‘Social Philosophical Foundation of the Global Models of the Club of Rome.’ At the time of writing the thesis, he was a candidate of Philosophy.

In the 1980s, Edgar Savisaar co-founded the party Popular Front which generated the phenomenon known as ‘Singing Revolution.’ In 1990, he was appointed the Minister of Economic Affairs to the Estonian SSR. He also chaired the council of ministers. In 1991, he was elected as the first Prime Minister of the Estonian Republic after she attained Independence. He served for five months and resigned due to the lousy economy of the state. During 1992-1995 he was appointed the Vice Speaker of the Estonian legislature. He later became the Interior Minister of Estonia.

Edgar Savisaar was removed from the post later on allegations of interfering with the privacy of other politicians. In 1996, he contested the legislative elections, and he was elected the Chairman of the Tallinn City Council. In 1992, he became a member of the seventh, eighth and ninth Estonian parliament. In 2001, he became the mayor of Tallinn which is the capital city of Estonia. He held the post until 2004. He was then removed from office after a vote of no confidence, and he was replaced by Tonis Palts. In 2005, he became the Minister of Economic Affairs and Communication of the Estonian Republic. He served in the post until 2007. In 2007, he was elected as the mayor of Tallinn a position that he holds to date.

Edgar Savisaar has married thrice in his lifetime. His first wife was Kaire Karon with whom he had a son named Erki. His second marriage was to Liis Remmel with whom he had two children, Edgar Savisaar and Maria. His third marriage was to Vilja Toomast who is an Estonian politician. The couple has a daughter, Rosina together. In 2009, the couple announced their separation. In 2015, his leg had to be amputated above the knee because of an infection of Streptococcus bacteria. He is fluent in English, German and Russian.