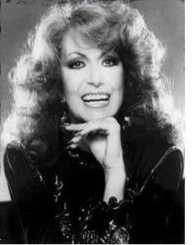 Dottie West was born on October 11th, in 1932. She was famed for being a talented American country music singer. Some of the notable songs that she is best remembered for include “Would You Hold It Against Me,” and “Rings of Gold.”

Dorothy Marie alias Dottie West born on October 11th, in 1932. Her birth place was in McMinnville, Tennessee. She was the daughter of Pelina Artha and William Hollis Marsh. She was the eldest child to the family of ten. Dottie’s family was poor. As a result, her mother went ahead and established a restaurant where she worked with young Dottie.

William Hollis Marsh, Dottie’s father, was abusive both to his wife and Dottie as a result of his alcoholic nature. This continued until Dottie was in her early teens. Later, she reported him to the authorities, and he was sentenced to forty years in prison. Sadly, Harsh passed away while he was in jail.

Dottie West had a particular interest in music right from high school as she was a member of the school’s band. Later on, in 1951 she was fortunate enough to join Tennessee Technological University through a scholarship she had obtained. It is while studying at the university that Dottie crossed paths with Bill West. Love took its course, and the two wedded in 1953.

Dottie West and Bill took their music career to the next level after landing on a recording deal in the late 1950s. They began recording with Starday Records. Two years down the line, the couple migrated and went to live in Nashville. While residing in Nashville, the couple met with ambitious songwriters such as Roger Miller, Willie Nelson and Hank Cochran. These songwriters helped Dottie learn more about songwriting. Similarly, around this time, Dottie became friends with Patsy Cline, a country music singer.

Her friendship with Cline would later influence Dottie West in a big way as she motivated her greatly more so regarding her stage performances. Unfortunately, Cline passed away on March 5th, in 1963 following a plane crash. As a tribute, Dottie wrote a song dubbed “Is This Me.” This song was recorded by Jim Reeves. The song performed well as it was ranked third in the charts. Following the excellent performance of the song, Reeves aided Dottie West to earn herself a recording deal with RCA Victor.

Dottie West's first taste of success came in 1963. This was after releasing “Let Me Off at the Corner.” This song was ranked Top 40 during the year of its release. The following year, Dottie hit the headlines again with the release of “Love Is No Excuse.” Similarly, in 1964, she wrote the song “Here Comes My Baby.” The song performed well earning Dottie her first Grammy Award. Consequently, it also made her earn credits for being the first female country musician to do so. Her exceptional performance also lead to Dottie being lured to become a member of the Grand Ole Opry.

In 1966, Dottie West partnered again with Chet Atkins, a producer to release Suffer Time album. Within this album was the hit single called "Would You Hold It Against Me.” Other albums soon followed including With All My Heart and Soul; I’ll Help You Forget Her and Dottie West Sings Sacred Ballads.

In 1971, Dottie West left her first husband Bill and went ahead and remarried the following year. She tied the knot to Dyron Metcalf, a drummer. Metcalf was 12 years younger than Dottie. She divorced him again in 1980. Three years later, she married for the third time this time to her sound man.

Dottie West passed away on September 4th, in 1991. She was 58 years old at the time of her demise.