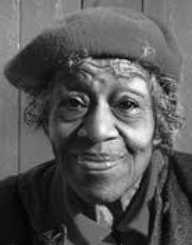 African-American writer Dorothy West was born on June 2, 1907, in Boston, Massachusetts, United States of America. Her father, Isaac Christopher West, was a born slave and was freed when he was seven years old.

Once freed from the enslavement, he began to save money in bits and pieces in an empty box of the cigar. By the age of ten, he started his own business, and by the time Dorothy was born he was able to establish himself as a successful businessman by his strong determination and sheer hard work. With windfall financial gain in business, he soon became one of the wealthiest persons among the African-American community living in Boston. Dorothy had the good fortune of an affluent upbringing and could afford the prerogative of homeschooling with costly private tutors.

Dorothy West was sent to the Girl’s Latin School (renamed Boston Latin Academy), a privileged educational institute, at the age of ten. She graduated from there at the age of 16 and attended Boston University and the Columbia University School of Journalism.

Dorothy started writing early in her life and presumably authored her first story at the age of seven. At the age of 14, she won a short story contest, and her winning writes up, a short story titled "Promise and Fulfillment" was published in the Boston Post.

She went on to win many local level writing competitions then. In 1926, she won the joint second prize along with prominent future novelist Zora Neale Hurston, in a writing contest organized by ‘Opportunity,’ a magazine of the National Urban League, for her short story ‘Typewriter.’

Dorothy West earned a trip to New York having secured the joint second prize in the ‘Opportunity’ magazine-sponsored writing contest. She categorically decided to stay in New York after the duration of her trip was over and soon moved to the Harlem neighborhood of the city.

She was accompanied by her cousin, poet Helene Johnson. The Harlem area of the city was witnessing a boom in the art and cultural scenario at that time. Dorothy soon mingled with the members of this proliferating movement of art and literature which was later referred to as the Harlem Renaissance.

She got acquainted with the prolific members of this movement and befriended the likes of Wallace Thurman, Langston Hughes, and Countee Cullen. She co-founded a club titled ‘Saturday Evening Quill’ and published some of her early writings in the annual literary magazine of the same name produced by the club.

In 1932, Dorothy West traveled to Russia along with some other African-Americans to make a film about American racism. Though the film never materialized, Dorothy stayed back in Russia for a year accompanied by her friend, poet Langston Hughes. Years later in 1985, she published an essay named "An Adventure in Moscow" in the Vineyard Gazette.

The essay recounted her encounter with Sergei Eisenstein, the director of the proposed film. She returned to the United States after the death of her father amid the financial upheaval caused by the Great Depression of the 1930s. Realizing the importance of pursuing her literary career, she started a magazine titled ‘Challenge’ with the help of her meager savings of $40.

Later, Dorothy West started another short-lived magazine called ‘New Challenge’ which was also folded due to insufficient funds. During the 1940s, she published a number of her short stories in the New York Daily News. In 1948, her first novel ‘The Living is Easy’ was published. The book received critical reviews, mostly positive. However, the applaud never translated in selling, and the sales figure of her first novel was below par.

Working as a newspaper journalist, she shelved the idea of writing a second novel. However, many years later, in 1995 she published her second novel ‘The Wedding’ after having received proper encouragement from Jacqueline Kennedy Onassis, a book editor.

Both her novels were critically acclaimed and made her name synonymous with the issues of economic, social, racial and gender discrimination among the African-American community.

Dorothy West was never married. However, she had once approached longtime friend Langston Hughes to marry her. The outcome of her proposal was never known nor the status of the relationship between the two.

Dorothy passed away on August 16, 1998, in Boston, Massachusetts. She will be remembered for her legacy of exposing the discord of racism and classism among the African-American community prevalent during her time through her literary works.