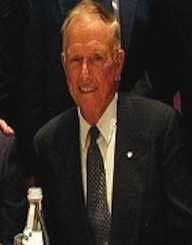 Denton Cooley is a famous cardiologist. He was the doctor who was on the cutting edge of surgeries involving heart transplants.

Denton Cooley was born on August 22, 1920, in Houston, Texas. His father was a dentist but was also an alcoholic. This put a strain on their relationship during his childhood. Even though Cooley grew up during the Great Depression, his family did not struggle as many other families did. Denton Cooley was a shy boy but became more confident as he matured.

Denton Cooley also proved himself to be an excellent student and a great athlete. Denton Cooley graduated from San Jacinto High School in 1937. While at the University of Texas on a basketball scholarship, Denton Cooley played for the men's team for the Southwest Conference title win.

Denton Cooley continued to learn after he left college. In 1944, Denton Cooley assisted in the surgery of Dr. Blalock, his mentor, in correction a congenital heart defect in an infant. In 1946, Denton Cooley served as chief of surgical services for the Army Medical Corps in Austria. By the time of his discharge in 1948, Denton Cooley had been promoted to captain. After finishing his surgical training, Denton Cooley spent a year in London under the tutelage of Lord Russel Brock. Cooley was a part of the first intracardiac operation. Upon his return to the United States, Cooley served as the medical professor of surgery at the Baylor College of Medicine.

Denton Cooley held that position for 18 years. Denton Cooley also worked through Methodist Hospital. In 1962, Denton Cooley founded the Texas Heart Institute. The goal of the institute is to reduce the problems that result from cardiovascular disease through research, education, and patient care. Denton Cooley and his associates worked to reduce patient mortality in heart valve transplants. His first successful human heart transplant was in 1968. Denton Cooley was also the first to implant an artificial heart in a human in 1969.

Denton Cooley performed thousands of open-heart and valve-replacement surgeries. The last surgery he performed was when he was 87 years old.

After his career as a surgeon, Denton Cooley continued working as a consultant at Texas Children's Hospital and professor at University of Texas Medical School at Houston.

Denton Cooley married Louise Goldsborough Thomas in 1949. The couple had five daughters. Denton Cooley played golf and was a member of a swing band called The Heartbeats. His instrument was the upright bass. Denton Cooley died on November 18, 2016, at the age of 96. Denton Cooley will be remembered as one of the pioneers in medicine as a highly-regarded heart surgeon. The Denton A. Cooley Cardiovascular Surgical Foundation was founded in his honor in 1972. Currently, there are over 900 cardiac surgeons worldwide with membership

When Denton Cooley conducted the first artificial heart implant in 1969, the patient stayed alive for the 64 hours he needed before the donor's heart was available. Unfortunately, the patient died the day after the implant. Cooley's decision put a strain on his working relationship with his colleague Dr. Michael DeBakey.

It also raised concerns about the value of using the artificial heart for that particular situation. The patient's cause of death was pneumonia. In the end, there are many in the medical profession who consider the procedure a breakthrough.