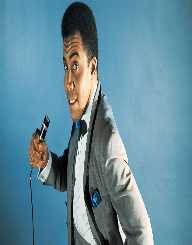 1941 is the year David Ruffin was born in Mississippi. His mother Ophelia died during childbirth, and he was raised by his father who was a Baptist Manager. He had five siblings. As an American unearth singer, he rose from fame to fame to head the great group of Temptations.

Ruffin was well known for his unique raspy tenor vocals. In the year 2008, he was ranked among the 100 Greatest Singers of All times. He was inducted into the Hall of Fame in 1989 for his exemplary talented role with the Temptations.

At age 13, David Ruffin left home to follow in his father’s footsteps of becoming a gospel minister but eventually ended up singing in Memphis talent shows. He slowly graduated from singing at talent shows to proper singing career together with his brother Jimmy with the group Dixie Nightingales, a local gospel group.

As he grew up, David joined several groups and toured considerably and developed into a real show stopper. All these drew attention to both gospel and secular music groups. Ruffin worked alongside the famous singer Marvis Gaye as an apprentice at the Anna Records. He created music as both as a drummer and vocalist.

David Ruffin moved to Detroit at the age of 17, he recorded an album, but his major break came in 1963 when he was chosen to replace tenor vocalist called Eldrudge in the Temptations band. As expected, the position held by Ruffin in the group attracted media attention. His behavior became erratic, out of control and the abuse of drugs like cocaine was also noticed and eventually, the band fired him in June 1968.

After falling out with his band the Temptations, David Ruffin embarked on the solo career, several successes were recorded, a few songs hit the top, but just as he rose steadily in the success larder, he tumbled down in his career. In 1979, he joined the famous Warner Bros. In the early 1980s, Ruffin was sentenced to six months for tax evasion alongside with handling stolen goods.

In 1987 again, he was arrested for being in possession of Cocaine.  The arrest, however, came as a blessing and a resurrection of his career that was dimming day by day. This is because it led to a reunion tour with the Temptations group in New York. Between the years 1969 t0 1988, David Ruffin recorded eleven studio albums

David Ruffin was married twice in his life. In 1961, he got married to Sandra Barnes, and they were blessed with three daughters Nedra, Cheryl, and Kimberly. In 1976, he got married to Joy Hamilton. He also got a son with his long-term girlfriend Genna Sapia, who he met in 1964 with whom they lived together for three years though they never settled for marriage for Ruffin’s position in their relationship was not known.

David Ruffin had emotive power in his vocals, and all including fellow artists greatly admired him. Famous musicians like Marvin Gaye who worked closely with Ruffin are always impressed and happy with his voice. His role with the band Temptation for 40 years will forever be edged in people’s memory. Famous modern musician and rapper Wiz Khalifa mixtape was inspired by the cover art for Ruffin’s last album.

David Ruffin died on 1st June, 1991, due to a severe reaction with cocaine in a crack house at the age of 50. According to the hospital, his death was attributed to an accident and overdose of the same. His family however suspected foul play in his death for some money was missing from his body. He was buried at Woodlawn Cemetery in Detroit.