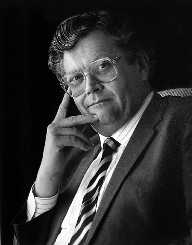 David Russell Lange was born 4th August 1942, to Roy and Phoebe Lange. He was born in Otahuhu, Auckland, in New Zealand. He had three younger siblings. Lange's father was a doctor, his mother was a nurse.

Lange studied at Otahuhu College, and he then enrolled at the University of Auckland in 1960. In 1966, he graduated with his law degree.

The Supreme Court of New Zealand admitted Lange as a barrister and solicitor in 1967. He then earned his master's degree in 1970.

In 1974, Lange ran for a seat on the Auckland City Council, but he was unsuccessful. He then ran for a Labour seat in 1975, where he came third.

In 1977, Lange won the by-election in the working-class electorate of Mangere. In 1980, with several of his colleagues, Lange tried to depose Bill Rowling as leader of the Labour Party.

Labour badly lost the 1981 election. As a result, Lange and his colleagues succeeded when they tried again to get rid of Rowling again in 1983.

In February 1983, Lange became leader of the Labour Party. It also meant he was leader of the opposition. Lange led Labour to victory in 1984, making him the Prime Minister of New Zealand.

During his first term in office, Lange was also Minister of Foreign Affairs.

Lange and one of his ministers, Roger Douglas, managed massive economic reform, with significant change to deregulation and subsidies.

They made many enemies during their reform. The removal of subsidies hit the agricultural community hard. The pair added a surcharge to superannuation which caused unrest in older citizens.

The finance markets deregulated which meant no restrictions on interest rates and lending. The New Zealand dollar floated in 1987, and some government departments became corporate entities which caused significant job losses.

In 1987, Lange won his second term in government. He became the Minister of Education and radically overhauled the educational system.

Internal fighting had started to take place, and Lange had a falling-out with Douglas. When the party re-elected Douglas in 1989, Lange submitted his resignation.

After stepping down as Prime Minister, Lange became Attorney General. Labour lost the 1990 election, but Lange won in his seat of Mangere. He won another term in 1993.

Lange retired from Parliament soon after due to his failing health.

He released his autobiography, My Life, in 2005.

Among his awards and honors, Lange has the following:

1990: Awarded Companion of Honour by Queen Elizabeth II
2003: Awarded OM of the Order of New Zealand
2003: Recipient of the Right Livelihood Award for his fight against nuclear weapons

Lange married Naomi Crampton in 1968. They had three children but divorced in 1989. He then married Margaret Pope in 1992, and the couple had a daughter.

Lange suffered ill-health, with kidney problems and diabetes. He also had a rare blood disorder.

In 2005 he had one of his lower legs amputated due to diabetes. Lange died on 13th August 2005, due to kidney failure and his blood disorder.