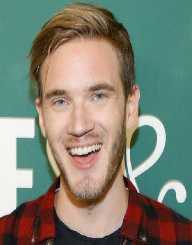 British gaming maestro Daniel Andrew Middleton was born on 8th November 1991 in Aldershot, England. Daniel spent the early years of his life in the United Kingdom with his younger sibling. Dan's parents got divorced when he was very young, and this separation had a profound impact on him. Daniel's father was an army man, and due to the nature of his father's job, the family had to move frequently to different places. Daniel attended over ten different schools and hence never had any stable friends. Later, Daniel attended the Northampton University.

Daniel Middleton opened his first YouTube channel during his university days. The channel opened in 2010 was dedicated to Pokemon and Daniel named himself 'PokemonDanLV45'. Daniel's success story began with his second YouTube channel The Diamond Minecraft which he opened in the year 2012. He uploaded videos related to the famous game Minecraft on the channel. Dan unraveled his passion for gaming through this family-friendly channel.

Daniel Middleton began making a series of gaming videos and uploaded them to his channel. Slowly and steadily, the views on the videos and consequently his subscribers began to increase. He created the videos in his home studio in Wellingborough. Most of his daily routine consists of waking up at 8 in the morning, and he starts working on the videos an hour or two later. Daniel checks for Minecraft updates edits the videos by afternoon and uploads them by evening. This simple routine and his dedication towards gaming paid off as he became a favorite amongst the YouTubers and gained over 12 million subscribers within a few years time.

Daniel first changed the name of his channel to TheDiamondMinecraft, and on December 12, 2016, he rechristened it to 'DanTDM.' Till date, Daniel has uploaded over 2000 videos on the channel out of which his Let's Play series including The Diamond Dimensions mod pack series is the most popular one. DanTDM is amongst the top YouTube channels in the UK and 2015; the channel officially was named as one of the leading YouTube channels regarding viewership.

Apart from posting Minecraft tutorials on YouTube, Daniel Middleton started vlogging, and from 2016 onwards, he has dedicated a part of his original channel to other gaming videos like Roblox and Tomodachi Life. From 2014 he is also operating a side-channel called MoreTDM that features 'non-Minecraft' videos like his vlogs.

Daniel Middleton regularly does guest appearances at the Insomnia gaming festival and took center stage in the editions 49, 52 and 53. He did a brief analysis of several video games during his two appearances on CBBC's Technobabble. He shared his experiences of being a YouTuber on ITV's Lorraine.

Dan has also authored a graphic novel titled 'DanTDM: Trayaurus and the Enchanted Crystal' which released on 6th October 2016. He was invited to be a guest at the Cheltenham Literature Festival, and he was also a part of a book tour that covered parts of UK and the city of New York. Daniel has also lent his voice to the character of 'Cy' in the new series Skylanders Academy that featured exclusively on Netflix.

With over one million subscribers, Daniel Middleton also entered the prestigious records for 'Most views for a dedicated Minecraft video channel.'

Dan bagged the Nickelodeon Kids' Choice Awards consecutively in the years 2015 and 2016 in the category of UK Favorite Tipster.

He is also the recipient of Bonca Award for the British Gamer Award and was the presenter at the BAFTA Game Awards 2015.

Daniel Middleton is married to his childhood sweetheart and fellow gamer Jemma. The couple tied the knot on 17th March 2013. Though the young couple doesn’t have any children yet, they plan to have their baby soon. Jemma and Daniel both are Minecraft enthusiasts and spend a lot of time gaming together. Jemma also has a YouTube channel by the name JemPlaysMC. Daniel believes in setting an example for his young followers and follows a healthy lifestyle and is extremely diet conscious. He maintains abstinence from alcohol and smoking. The couple is dog lovers and has two pugs called Ellie and Darcie.