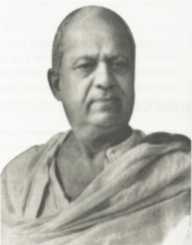 Dadasaheb Phalke was born on April 30, 1870, in Trimbakeshwar, Maharashtra, India. He is also known by the name Dhundiraj Govind Phalke.

As a child, Dadasaheb Phalke attended the Sir J.J. School of Art. He finished his education at this school in 1890. He later attended the Kala Bhavan. While at this school, he studied both art (photography, drawing, etc.) and engineering.

After finishing his education, Dadasaheb Phalke began work as a photographer. He only had this job for a short time before becoming a draftsman, working for the Archeological Survey of India. A few years later, in the late 1800’s, he traveled away from India and explored Europe. He later starting his own printing company and worked alongside a famous artist, Raja Ravi Varma.

In 1912, Dadasaheb Phalke saw a silent film, The Life of Christ, that changed his life. From that point on, he was determined to make movies. He made his first silent film, Raja Harishchandra, later that same year. From then on he continued to make short silent films throughout the 1910’s and into the 1930’s. He filmed his last silent movie, Setubandhan, in 1932.

In 1937, he made his first talkie film, Gangavataran. This was also the last film he would even direct.  Overall, his filming career was successful. He made almost a hundred films and just over two dozen short films. Some of his most famous short films and full-length features are listed below.

Out of all of his films, Dadasaheb Phalke wrote seven of the scripts. These films include Gangavataran, Bhakta Pralhad, Kaliya Mardan, Shri Kishna Janma, Lanka Dahan, Satyavadi Raji Harischandra, and Raja Harishchandra.

Dadasaheb Phalke was first married in 1885. Not much is known about his first wife, as she died in 1900. He had a child with his wife, but the child also died at the same time as the wife. They both died from the bubonic plague, also known as the Black Plague. This plague wasn’t as large as the one in Europe in the middle ages, but it was still deadly. He later remarried to a woman named Saraswatibai. He had several children with her.

Dadasaheb Phalke died on February 16, 1944, in Nashik, Bombay, India. He was 73 years old when he passed away.

In 1969, decades after his death, the Dadasaheb Phalke Award was named for him. This award is given out annually by the current president of India to an individual who has made vast contributions to Indian films. Dadasaheb Phalke’s face was put on an Indian stamp in 1971.

In 2009, a movie was made about Phalke and his lifetime of working in film, and more directly, his time working on his famous movie, Raja Harishchandra. This movie was called Harishchandrachi Factory. The film was directed by Paresh Mokashi.