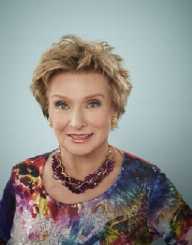 Born on April 30, 1926, Cloris Leachman is an American actress and a model. She has played a role in varieties of production including stage, film, and television. The award-winning actress made a debut in South Pacific and has since played several. She contested in the Miss America pageant in 1946 after winning Miss Chicago.

In the 1970’s she had her most extended television role in CBS’s sitcom The Mary Tyler Moore Show and later in Phyllis. In 1971, she played a role in The Last Picture Show which won her an Academy Award. She appeared in Mel Brooks film, Young Frankenstein in 1974 and the NBC sitcom The Facts of Life from 1986 to 1988 playing Beverly Ann Stickle.She has won several other awards, including a Daytime Emmy Award and Primetime Emmy Award.

Cloris Leachman was born on April 30, 1926, in Des Moines, Iowa to Berkeley Claiborne Leachman and Cloris Wallace. She was the first child of three children by parents. Her parents worked in the family-owned Leachman Lumber Company. Leachman was educated at the Theodore Roosevelt High School after graduating enrolled at the Illinois State University where she studied drama.

Cloris Leachman later went to Northwestern University, where she was part of the Gamma Phi Beta. Leachman interest in acting began at a young age where she took part in local youth plays at the Drake University in Des Moines during weekends. Her last but one sister Claiborne Cary was also an actress and singer.

Cloris Leachman contested and won Miss Chicago and proceeded to the Miss American pageant in 1946. After the pageant, she won a scholarship to study acting at the Actors Studio under Elia Kazan. After her studies, she played the role of Nellie Forbush in Rodgers and Hammerstein’s South Pacific. After that successful rule, she featured in Broadway-bound production Come Back, Little Sheba but left in a short while.

In the 1950s, Cloris featured in several live television productions including Suspense and Studio One. Playing other television roles, Leachman made a feature film debut in 1947 as an extra in Carnegie Hall. That extra role was a prelude to her role in Kiss Me Deadly in 1955. She then played in The Rack in 1956. She reversed into television productions appearing in Rawhide, in the episode It’s a Good Life in Twilight Zone and opposite John Forsythe in Alfred Hitchcock Presents’ episode Premonition.

In 1957, Cloris Leachman appeared in season four of Lassie as Ruth Martin. With her performance increasing by each role, she starred as Sandy in an episode of That Girl.That Girl led her to her breakthrough role in The Last Picture Show in 1971, a part which won her first and only Academy Award for Best Actress. She starred in several other works including The Muppet Show in 1977, Malcolm in the Middle, earned her two Emmy Awards for Outstanding Guest Actress in a Comedy Series in 2002 and 2006.

Others include Beach Girls, Spanglish, The Longest Yard and in Sky High where she played the role of a nurse with X-ray vision. She also played in Two and a Half Men and HBO’s special Mrs. Harris which also gained her a nomination in the Emmy and SAG Awards for Outstanding Performance by a Female Actor in a Television Movie or Miniseries.

From 1974 to 2007, Cloris Leachman featured in four Mel Brooks films starting with Young Frankenstein in 1974. She continued with “High Anxiety” playing a role of Charlotte Diesel, a disgruntled psychiatric nurse and later in History of the World: Part I as Madame Defarge. Leachman’s last Brooks film was in the NBC sitcom The Nutt House in 1989, where she played a dual role as Mrs. Frick, a head of the hotel housekeeper and also as Mrs. Nutt, a forgetful owner of the hotel.

Cloris Leachman was married to Hollywood impresario George Englund in 1953. The couple had five children namely Bryan, Morgan, Adam, Dinah, and George. They divorced in 1979. She is an atheist and sees religion as a fabrication by man. She published an autobiography Cloris: My Autobiography in March 2009. She contested in the seventh season of Dancing with the Stars making her the oldest person ever to contest in that show. She was paired with Corky Ballas.

Cloris Leachman has won several awards including an Academy Award for Best Supporting Actress in 1971. She has also won a record eight Primetime Emmy Awards and a Daytime Emmy Award. Her role in Phylis from 1975 to 1977 earned her a Golden Globe Award. She was awarded an honorary degree by the Northwestern University on June 20, 2014, and an honorary doctorate in fine arts from Drake University. In 2011, she was inducted into the Television Hall of Fame.