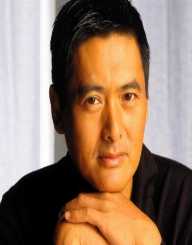 Chow Yun-Fat is a Chinese movie star based in the US. The Hong Kong-born actor has a large following back home. The only person who surpasses him is another comic movie actor Hong Kong-born Chinese American star Jackie Chan.

Chow Yun-Fat was delivered by his mother on May 18, 1955. When he was born, Hong Kong was still a British colony. His parents gave him his initial name Donald Chow. He later changed his name to Chow Yun-Fat when he embraced Buddhism. From childhood, Chow related with poverty first hand. His parents were low-income earners who lived on the impoverished side on the island of Lamma. He grew up in a shanty with no electricity or running water.

Most of the time, Chow accompanied his mother at the break of dawn to her business. They sold vegetables, herbal juices, and balms. This was to supplement his father’s meager earnings. Sometimes he did some odd jobs himself.

By 1965, the family had relocated to the urban town of Kowloon. Chow went to school for some time. Due to financial constraints, he dropped out of school. Chow, now 17 years, ventured into doing some jobs to help out his parents. Lady luck smiled at him one day. Chow got an acting job at a local station TVB.

He got himself a contract. For the next three years, Chow had a solid stream of cash flow. At first, he was casting in locally aired television soaps and comedies. He quickly became a romantic figure with the Hong Kong audience. But there was one problem on Chow. His acting progress up the ladder was slow. Hong Kong television series was not popular elsewhere.

Chow got his breakthrough at the age of 25. In 1981, he was given a movie role in The Story of Woo Viet. This was his first role outside comedy and romance operas. The movie was set in the backdrop of Vietnam. He played a struggling Vietnamese trying to migrate to the US. The transformation put him on the Asian map. For the next five years, Chow had successive films productions that made him a celebrated star in Hong Kong.

In 1986, he was introduced to the Western film industry by film director John Woo. Their first film that year was A Better Tomorrow. Chow participated in his first action-packed film. More offers came in and Chow made basically a film every year for the rest of the 1980s. The following year, he did A Better Tomorrow 2, and in 1989 Chow did The Killer. Chow eventually relocated to Hollywood in the 1990s.

The film The Replacement Killers put him on the platform of the best Chinese action film actors in the US. Other mega films in the 1990s were A Better tomorrow 3 in 1990, Hard Boiled in 1982, and The Corrupter in 1999. Chow went back to his romantic roots with Anna and the King in 1999.

At the beginning of the year 2000, Chow was in another blockbuster with others like Zhang Zhiyi. His role in Crouching Tiger, Hidden Dragon went viral on the global film industry. He was in the 2007 movie Pirates of The Caribbean with Johnny Deep. In the 2010 film Confucius, Chow played the role of the iconic Chinese mathematician and philosopher himself. Two other action films were produced in 2010. These were Shanghai, and Let The Bullets Fly.

Chow married his first wife Candice Yu n 1983. They divorced later that year. He later got married to his current wife Jasmine Tan in 1986.

On his political stand, Chow is a progressive liberal. He has been an active supporter of the civil liberties of the Hong Kong community for the censorship of the Beijing administration

As a devout Buddhist, Chow is very involved in charitable events. After the aftermath of the earthquake in Sichuan, he organized the sale of his picture collections. Together with donations from other friends, he gave out the funds to the victims of the disaster.

With a relatively unusual height for the average Chinese, good looks and big heart, Chow has been able to conquer events in his life. To date, he is one of the best followed Chinese actors in the world.

Chow is fluent in English, Mandarin, and Cantonese.