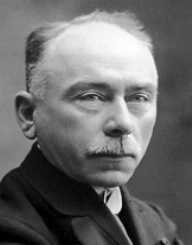 Charles Robert Richet, a Nobel Laureate French Physiologist, was born on August 26, 1850, to Alfred Richet and Eugenie, née Renouard in Paris, France. His father was a Professor of Clinical Surgery in the Faculty of Medicine, Paris. Born and brought up in Paris, Charles completed all his studies in the same city and obtained his Doctor of Medicine degree in 1869. He used to relax and divert the monotony of studying Anatomy and Surgery by indulging in literature. He usually wrote poetry and drama to avert the boredom.

Charles Robert Richet assisted surgeons like Aristide Auguste Stanislas Verneuil and Léon Clément Le Fort during his student days. In 1872, he became an intern at the Salpêtrière hospital in Paris. During this internship, he was placed in charge of a female ward. In this ward, he observed the works of French neurologist Jean-Marie Charcot on hysterical patients. The hypnotic experiments he witnessed there made him interested in Physiology and stopped him from pursuing the career of a surgeon. He, himself produced many such hypnotic trances on his patients over the course of the next two years and dedicated his career to the research and development of physiology.

After abandoning his surgical career, Charles Robert Richet devoted all his time and energy to the study of Physiology. He made some significant extensions and refinements to earlier investigations and delivered some meaningful and outstanding contributions to the knowledge of gastric digestion, the nature of muscle contractions, the toxic effects of inorganic salts, and the production and regulation of animal heat.

Between 1876 and 1882, Charles Richet worked extensively in the laboratories of Jules Marey, Marcelin Berthelot at the Collège de France, and Alfred Vulpian at the Faculty of Medicine. He also made histological examinations in the laboratory of Charles Philippe Robin and studied digestion in fish at a marine biological station directed by Paul Bert. He received his Doctor of Science degree in 1878. In his doctoral dissertation, he demonstrated that sensory nerves deprived of their blood supply die gradually from the periphery towards the center.

Charles Robert Richet became the Editor of the Revue Scientifique, a scientific journal in 1878 and served at the position for the next 24 years. He became a Professor of Physiology at the Collège de France in 1887. He held the position till 1927. In 1917, he became the co-editor of the Journal de Physiologie et de Pathologie Générale. While working in the physiological laboratory of the Faculty of Medicine, Paris, he tried to study normal and pathological facts about each other. He conducted numerous extensive researches and published papers on physiology, physiological chemistry, experimental pathology and normal and pathological psychology.

Mechanism of thermoregulation in homeothermic animals, neurochemistry, and breathing are a few subjects in which his investigation and research have major implications. His work on experimental therapeutics demonstrated that vaccination of blood of animals against an infection prevents them from the disease. Using this principle, he applied first sero therapeutic injection on a human being on December 6, 1890. He also applied the principle in the case of tuberculosis and showed that dogs suffering from tuberculosis could be cured by feeding them raw meat and milk (Zomotherapy).

In 1913, Charles Robert Richet worked in tandem with Paul Portier and invented the word anaphylaxis to denote the lethal and violent reaction of a sensitized individual to a second, small dose injection of an antigen. The phenomenon is that wherein the first dose of an antitoxin or minute dose of toxins injected to an individual sensitized the individual, the second dose of the same injection, even if applied in a minimal quantity, produced a violent reaction, provided there is a gap of several weeks between the injections. His research work on anaphylaxis helped elucidate hay fever, asthma and other allergic reactions to foreign substances and explained some previously not understood cases of intoxication and sudden death.

Charles Robert Richet had varied interests besides medicine, surgery, and physiology. He was very enthusiastic about the study of paranormal activities and spiritualist phenomena. He had deep-rooted interests in extrasensory perception and hypnosis. In 1891, he founded the Annales des sciences psychiques. Some renowned occultists and spiritualists like Albert von Schrenck-Notzing, Frederic William Henry Myers, and Gabriel Delanne were the people with whom Charles Richet had maintained regular contact.

Charles Robert Richet coined the term ‘Ectoplasm,’ a supernatural viscous substance that supposedly exudes from the body of a medium during a spiritualistic trance and forms the material for the manifestation of spirits. He studied and investigated a host of so-called mediums and even claimed that some fraudulent ones duped him. Prominent among them is Joaquin María Argamasilla, known as the ‘Spaniard with X-ray Eyes.’ Joaquin’s claim to possess extraordinary psychic powers was exposed as a total fraud in 1924 by acclaimed magician Harry Houdini. Charles Richet was also duped by fraudulent mediums like Eva Carrière and Eusapia Palladino.

Charles Robert Richet was awarded the ‘Nobel Prize for Physiology or Medicine’ in 1913 in recognition of his work on anaphylaxis.

In 1914, he was honored with the membership of Académie des Sciences.

Charles Robert Richet was also conferred with the prestigious Cross of the Legion of Honor in 1926.

Charles Robert Richet tied the nuptial knot with Amélie Aubry in 1877. They were blessed with five sons and two daughters.