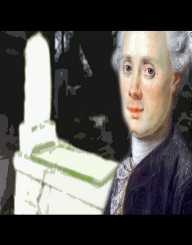 Charles Messier was born on June 26, 1730. He was a French astronomer. He discovered the nebulae and star clusters.

Charles Messier was born on June 26, 1730, in Badonviller, France. He was born to Nicolas Messier who was a court usher and Franciose Grandblaise. He was brought up alongside eleven siblings. In 1741, his father died, and the family went into financial problems. He studied with his elder brother who took up the responsibility of taking care of the family. While Charles Messier was a student, he developed a keen interest in conservation. In 1744, he became interested in astronomy when a tailed comet appeared in the sky becoming visible to the naked eye. In 1748, there was a solar eclipse that further drove him to become an astronomer.

In 1751, Charles Messier and went to Paris where he started working with Joseph Nicolas Delisle who was an astronomer with the French Navy. Nicolas had an observatory at Cluny which was attached to the College Royal de France at Paris. He started living in Nicolas’ apartment at College Royal. The first job that was assigned to him was the copying of a large map of China. He was also introduced to the instruments in Nicolas’ observatory. He started his career as s draftsman and a record keeper. He later became an observer. His first observation was that of the mercury transit in 1753.

In 1754, he got a job as a depot clerk of the Navy. He however continued to study astronomy with Nicolas. In 1757, Charles Messier began observing the Halley’s Comet which was predicted to reappear in 1758 by the person who discovered it. During his observation he came across diffused celestial bodies that looked like comets. He first observed a dwarfed companion of the Great Andromeda Galaxy. In 1758, he discovered another comet and studied it. However the comet had already been discovered by De la Nux. In the same year he discovered a Nebula that he started measuring its position. The Nebula was named Messier I as it became his first entry in his catalogue. It was later discovered that Messier I was a remnant of supernova 1054 and it was thus named Crab Nebula.

In 1764, he discovered Comet 1764 Messier. In the same year he discovered a globular cluster which was located in the constellation of Canes Venatci. Charles Messier entered the cluster into his catalogue as M3. He also catalogued other nebulae and catalogued them M4 to M40. In 1765 and 1766, he discovered M41 and Comet 1766 Messier respectively. In 1767, he became an astronomer of the Navy. In his post he went on a voyage to test new chronometers. When he returned from his voyage he continued discovering more nebulae and comets. By 1780, he had more than eighty entries in his catalogue. In 1798, he made his last discovery of the comet 1798 Messier. In 1807, he discovered the Great Comet with the help of other people due to his failing eyesight.

In 1770, Charles Messier married Marie Francoise de Vermauchampt with whom he has a son. In 1771, both his wife and child died. In 1815, he suffered from a stroke which left him partially paralyzed. He died on April 12, 1817, in his house in Paris. He died when he was eighty seven years old. He was buried in the cemetery of Pere Lachaise in Paris.