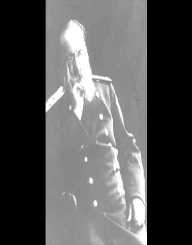 Cesar Cui was born on 8th January 1835, to Antoine and Julia. He was born in Vilnius, which was part of the Russian Empire at the time. It is now in Lithuania. There were five children, of which Cui was the youngest. Cesar Cui's father was French and entered the Russian Empire as a member of Napoleon’s army in 1812. When the army was defeated, Antoine decided he would stay and live in Vilnius, which is where he met Julia Gucewicz.

Cesar Cui attended the local gymnasium school, but in 1850 was sent off to Saint Petersburg in preparation for entering the Chief Engineering School, which he started when he was 16. He graduated in 1855, and then went on to advanced studies in Engineering.

In 1857, Cesar Cui joined the military as an engineering instructor. He had several notable students, including some from the Imperial family. Cesar Cui ’s area of specialization was military fortresses, and his expertise was such that he taught at three military academies and earned himself the status of professor in 1880. He also reached the rank of general in 1906.

1857 was a significant year for Cesar Cui. Not only did he begin his military career, but he also met Mily Balakirev, who helped him recognize his affinity with music. He became a member of The Five, who were a group of composers dedicated to producing Russian music. The other members were Balakirev, Aleksandr Borodin, Nikolay Rimsky-Korsakov, and Modest Mussorgsky.

Over the next few years, Cesar Cui cut back on his military teaching, until finally he finished completely, and moved into music full time.  Cesar Cui was prolific at composing and writing music and articles,; he was far better known for his involvement in music than the military.

Cesar Cui debuted as a composer in 1859, through the Russian Musical Society. His first opera performance, unsuccessfully at the time, was in 1869.  Cesar Cui  went on to write over a dozen operas, having great success with them.

From 1896 to 1904,  Cesar Cui was the director of the Russian Musical Society, Saint Petersburg Branch. Between 1864 and 1918,  Cesar Cui wrote almost 800 articles for numerous newspapers and other publications, across both Russia and Europe. He also wrote many books, on both music, and military fortification. His critique style was very often negative and sarcastic, which didn’t always produce a good result for Cui.

Cesar Cui had numerous honors and awards due to the longevity of his career. He received several memberships to musical societies from around the world, particularly from the late 1880s to the early 1890s. He was also awarded the Legion of Honour, which is the highest decoration that can be awarded to an individual in France.

In 1858, Cesar Cui  married Mal’vina Rafailovna Bamberg. They had two children, Lidiya, and Aleksandr. Lidiya was an amateur singer, and Aleksandr was a member of the Russian Senate.

Cesar Cui dedicated several of his orchestral pieces to his wife.

Cesar Cui ’s legacy is his music. It takes its place in classical music history, as it should.