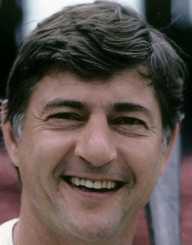 Carl  Yastrzemski is a former Major League Baseball player from America. Born on August 22, 1939, he spent his 23-year career spanning from 1961 to 1983, with the Boston Red Sox. He is the Red Sox’ all-time leader in career games played, RBIs, hits, singles, and doubles. He is also the team’s all-time total bases and at number three on the list for home runs, just behind Ted Williams and David Ortiz. The versatile Yastrzemski started his career as a left fielder but also played some games as a third baseman, first baseman and as a designated hitter at the latter part of his career. He led Red Sox to the American League pennant in 1967, which was the first time in over decades and voted American League MVP in 1967. That same year, he won the Triple Crown.

Carl  Yastrzemski was the first American League player in the 3,000 hit club to accumulate over 400 home runs. He has seven Gold Gloves, an 18-time All-Star and a member of the 3,000 hit club. Carl  Yastrzemski is second on the list for all-time games played and number three for total at-bats. He was inducted into the Baseball Hall of Fame in 1989.

Carl Yastrzemski was born on August 22, 1939, in Bridgehampton, New York to Carl Yastrzemski, Sr. and Hattie Skonieczny. His parents were of Polish descent. Carl  Yastrzemski grew up on his father’s potato farm where he helped in farm work. He is a bilingual from childhood. Growing up he played on sandlot baseball teams with his father and also played Little League Baseball. Carl  Yastrzemski had a very strong passion for baseball and never wanted to miss it for anything.

He received education at the Bridgehampton High School, where Carl  Yastrzemski played in the basketball, baseball, and football teams. His career batting average in high school was .512. He also set a conference record of 628 points for the basketball team. During his senior year, New York Yankees offered him a $60,000 contract. However, his father wanted at least $100,000.After graduating, he received a basketball and baseball scholarship to enrol at Notre Dame where he studied business. He dropped out after Boston offered him a $108,000 contract. He later continued at Merrimack College in North Andover, Massachusetts graduating with a degree in 1966.

Carl  Yastrzemski started his junior career signing with Boston Red Sox organization. In 1959, he was sent to Raleigh Capitals in the minor league. He had an impressive start leading the league with a .377 batting average. Carl  Yastrzemski was sent to the Minneapolis Millers where he did his post-season for the 1960 season. After just a year he was promoted to the senior level to play in the major league.

Carl  Yastrzemski made a major league debut as a left fielder forRed Sox in 1961. He was a successor of the team’s legend Ted Williams, and as such, he was under pressure to perform to reach the mark of Ted. He would leave up to expectation, as he became a formidable defensive player in the team. Carl  Yastrzemski was an instant success from the start of his career, but it was in 1963 that he stood out as a future legend. Carl  Yastrzemski won the American League batting championship with an average batting of .321. He also led the league in doubles and walks and finished sixth in the MVP voting.

The 1967 season was his best season as he achieved several successes. That year, he won the American League Triple Crown with 121 RBIs, .326 batting average, and 44 home runs. The Triple Crown of Yastrzemski became the last time a major league hitter had won the Batting Triple Crown until in the 2012 season when Miquel Cabrera also won it. In the 1967 season known as the “Impossible Dream” for Red Sox, the team was able to win the American League pennant, on the last day of the season. Their win was the first since 1946. Carl  Yastrzemski won the Hickok Belt as the athlete of the year and the Sportsman of the Year Award by the Sports Illustrated magazine.

Carl  Yastrzemski won the batting championship with .301 hit in 1968. He continued to enjoy personal successes and with Red Sox. He won the All-Star Game MVP in 1970. Playing as a left fielder, he won seven Gold Gloves. Carl  Yastrzemski also made a record by becoming the first American League player to achieve a 3000 career hits and 400 home runs on September 12, 1979. During the latter part of his career, he played as a designated hitter. Carl  Yastrzemski retired from the game in 1983 at age 44 after spending his entire 23-year career with RedSox. His career statistics remains 3,308 games played, 646 doubles, 452 home runs, 1,844 RBIs, and a batting average of .285. It also includes 1,845 walks and 1,157 extra base hits.

Carl Yastrzemski has married twice first to  Carol Casper in 1960. They have four children Sue, Kara, Mary Ann, and Mike. His second wife is Nancy Benson since 2002. His son Mike Carl Yastrzemski played for Hawaii Islanders and the Vancouver Canadians. In 2004, Mike died of heart attack. Yastrzemski’s grandson Michaelis, an outfielder with the Double-A affiliate Bowie Baysox.

Carl  Yastrzemski has done so much in the game like his entire life depended on it. During his induction at the Basket Ball Hall of Fame, he said,"I've often been asked during my career how can you stand up to the rigors of big league baseball and its pressure-packed situations, and I've always answered the same way. Pressure, what pressure? Pressure is what faces millions and millions of fathers and mothers trying to earn a living every day to support a family, to give it comfort, devotion, and love. That's what pressure really is, and that's what my dear mother whom I miss today and my father gave me."

In 1989, Carl  Yastrzemski was inducted into the Baseball Hall of Fame. It was his first year of eligibility and received 94% support from voters. The Red Sox retired his number 8 uniform on August 6, 1989. The Sporting News ranked him number 72on its list of 100 Greatest Baseball Players in 1999. He has also been inducted into the National Polish-American Sports Hall of Fame.