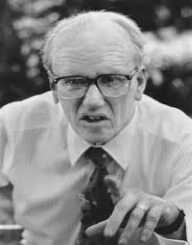 Byron De La Beckwith was born on November 9, 1920. He was an American white supremacist. He is popularly known for assassinating the civil rights leader, Medgar Evers in 1963. In 1994, he was convicted of murder and sentenced to life in prison. He died in prison on January 21, 2001, at the age of eighty.

Byron De La Beckwith was born on November 9, 1920, in California in the United States of America. He was born to Susan Southworth Yerger and Byron De La Beckwith Senior. At the age of five, he lost his father to pneumonia. When he was six, he and his mother moved to Greenwood in Mississippi. At the age of twelve, he lost his mother to lung cancer. He was raised by his uncle, William Greene Yerger.

In 1942, he enlisted into the United States Marine Corps. He served as a machine gunner in the Pacific Theatre of World War 2. He fought in the battles of Guadalcanal and Tarawa. In 1945, he was honorably discharged from the Army.

When he got discharged he moved to Providence in Rhode Island where he married Mary Louise. They later moved to Mississippi.

Byron De La Beckwith worked as a salesman to provide for his family. In 1954, he joined the White Citizen’s Council after it was ruled in the case of Brown Versus Board of Education that the segregation of public schools was unconstitutional. The group was established with the aim of resisting integration and maintaining the exclusion of blacks from Mississippi’s political system. The group boycotted black businesses, denied loans and credit to African Americans, fired people from their jobs and used other means to frustrate the black community.

In Mississippi, the council prevented school integration until 1964. In 1964, Byron was prosecuted twice for the murder of Medgar Evers, but both trials ended with hung juries. All the members of the jury at that time were all white. Blacks were not allowed to vote or participate in jury duty. Byron later became a leader in the segregationist Phineas Priesthood which was hostile towards Blacks, Catholics, Jews, and other foreigners.

In 1967, Byron De La Beckwith lost the Democratic Party’s nomination for Lieutenant Governor of Mississippi since he always boasted of his role in the death of Evers. In 1969, all the previous charges of murder that he was charged with were dismissed. In 1973, the Federal Bureau of Investigations (FBI) was alerted that Byron was planning to murder A. I. Botnick who was the director of the B’nai B’rith Anti-Defamation League in New Orleans. In 1975, he was convicted of conspiracy to commit murder. He served his sentence at the Angola Prison, Louisiana from 1977 until 1980 when he was paroled.

In 1994, Byron was retried for the murder of Evers by the state since it was discovered that he received help from the Mississippi State Sovereignty Commission in ensuring that the jury that was selected would favour him. Byron assassinated Evers on June 12, 1963, when he was forty-two years old. Medgar Evers was an NAACP and civil rights leader. Byron shot Evers with a rifle in the back. Evers died at the age of thirty-seven. Myrlie Evers, Medgar’s wife, did not abandon her husband’s case even after it was dismissed twice.

During the third trial, the rifle with Byron De La Beckwith's fingerprints was presented before the court. The jury this time consisted of four whites and eight blacks. The jury convicted Byron of first-degree murder for killing Evers. Byron proceeded to appeal the verdict, but in 1997 the Mississippi Supreme Court upheld the earlier conviction. He was sentenced to life imprisonment without the possibility of parole. He later sought judicial review at the United States Supreme Court, but it was denied.

In 1946, Byron De La Beckwith married Mary Louise Williams with whom he had a son, Delay De La Beckwith. They divorced in 1960. In 1982, he married Thelma Neff, and they remained together until his death in 2001. Byron died on January 21, 2001, at the age of eighty while still in prison. He had suffered from numerous illnesses including high blood pressure and kidney disease.