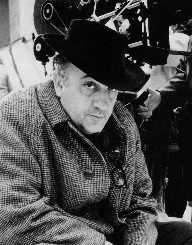 Bosley Crowther was born on July 13, 1905. He was an American journalist and author. He was a film critic for the New York Times. He worked with the New York Times for twenty seven years. His work shaped the career of many actors, writers, directors, and screenwriters. He was an advocate for foreign films such as those for Ingmar Bergman, Federico Fellini, and Roberto Rossellini.

Bosley Crowther was born on July 13, 1905, in Lutherville, Maryland in the United States of America. He was born to Eliza and Francis Bosley Crowther. He moved to Winston Salem in North Carolina. At Winston, he published the newspaper ‘The Evening Star.’ His family later moved to Washington DC. In 1922, he graduated from Western High School. He later joined Princeton University where he studied history.

After graduating university, he was hired by The New York Times as a cub reporter. He was paid a salary of $30 per week. He was the first ever night cub reporter for the New York Times. In 1933, he joined the drama department and worked alongside Brooks Atkinson. Bosley Crowther covered the theatre scene in New York and started writing for the drama department as well. In 1940, he became film critic for the New York Times, a post he held up to 1967. He approved movies such as ‘The Grapes of Wrath,’ ‘All the King’s Men,’ ‘The Lost Weekend’ and ‘Gone with the Wind’ among others. He admired foreign films such as ‘Open City,’ ‘Shoeshine’ and ‘The Bicycle Thief.’ He was also an author and he authored the books ‘The Lion’s Share: The Story of an Entertainment Empire’ and ‘The Life and Times of Louis B. Mayer’ this book was a biography on the head of the MGM’s studio.

In 1933, he married Florence Marks with whom he had three children, John, Jefferson, and Bosley. He died on March 7, 1981, of heart failure in Mount Kisco in New York. He died at the age of seventy five.