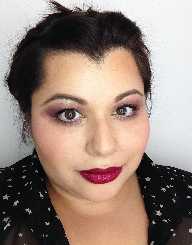 Black Dahlia was born on July 29, 1924. She was an American. She was found murdered in the Leimert Park. She died at the age of Twenty Two years.

Black Dahlia was born Elizabeth Short was born on July 29, 1924, in Hyde Park, Boston, Massachusetts. She was born to Cleo short and Phoebe Mae Sawyer. She was bought up in Medford, Massachusetts. She was brought up alongside four siblings. In 1939, she underwent lung surgery due to bronchitis and asthma and was advised to move to a place with a milder climate. She was later taken to Miami, Florida during the winter months. She then joined Medford High School where she dropped out.

In 1942, Black Dahlia went to Vallejo where she lived with her father. In 1943, she split with her father due to their argument. She later worked at the Base Exchange Camp Cooke, Lompoc. She lived with an Army Air Force sergeant who abused her. She then moved to Santa Barbara. She was later arrested for drinking in a bar while underage. She was released to Medford, Massachusetts but went to Florida.

She later met Major Matthew Michael Gordon Jr. who had proposed marriage in writing. In 1945, Gordon Jr. died of injuries from a plane crash. In 1946, she moved to Los Angeles to visit Army Air Force Lieutenant Joseph Gordon Fickling. At this time she secured a job as a waitress in Los Angeles. She lived in a rented room behind Hollywood Boulevard. She later travelled to San Diego with his date Robert ‘Red’ Monley.

In 1947, Black Dahlia returned to Los Angeles, and Monley dropped her off at Biltmore Hotel in South Grand Avenue in downtown Los Angeles. She was seen calling with the lobby telephone by the Baltimore Hotel staffs. She was to meet with her sister who was visiting her from Boston. She was later seen by the Crown Grill Cocktail Lounge Patrons at 754 south Olive Street a half a mile away from the Baltimore Hotel.

Her body was discovered by Betty Bersinger a resident at 10 AM the following morning at the Leimert Park on the west side of South Norton Avenue separated into two pieces. The body was entirely washed with gasoline by the murderers. Her corpse was found drained of all blood. Her face was cut from the end sides of the mouth to her ears creating ‘Glasgow Smile.’ Her thighs and breasts were severely cut with some flesh cut off.

Black Dahlia's lower body was separated from the upper body, and her intestines had been removed and tucked in under her buttocks. Her corpse was found in a manner that her hands were over her head, her elbows right-angled and her legs were spread apart. Just a few meters from the body were a sack of cement that contained watery blood and heel print amid the tire tracks on the ground.

Black Dahlia's mother was involved in the investigation and came to help with the inquiry. The newspapers nicknamed Short as Black Dahlia. Several investigations were done in connection on the murder. Mark Hansen who was a man where she had to stay with his friends was the first suspect because Short denied him sexual needs he wanted. He was later relieved of the suspicion. Several investigations were carried out involving previous serial killers who killed professionally.

Short’s case was unique of them all because it involved several detectives both at work and retired. Several confessions were made after the police put a prize on anyone who will emerge with helping information. False confessors were charged with crime investigation obstruction. The Los Angeles Examiner received several mails in connection to the murder form an anonymous source but the packs and envelopes used to deliver the messages were washed with gasoline thus removing finger prints.

Short's shoes were recovered in a trash a few meters from the murder scene but they couldn’t have given any information because they were washed with gasoline too. The murder case took several years but no supportive evidence was recovered. To date, the murder mystery is categorized under most complicated unresolved murder cases.

Black Dahlia was killed on January 14 or 15, 1947 in Los Angeles in California, United States. She died at the Twenty Two years of age.