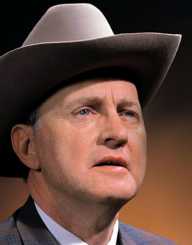 William Smith Monroe was born 13th September 1911, to James and Malissa Monroe. He was born in Rosine, Kentucky, in the United States. He had seven siblings, and he was the youngest in the family. Monroe’s family were musically inclined, and several of his siblings played instruments.

His mother died when he was ten, and his father died six years after that. Bill Monroe moved around to different aunts and uncles, but he decided to stay with his uncle, Pendleton Vandiver. Vandiver played the fiddle at dances, and Monroe would often go with him.

Bill Monroe moved to Indiana in 1929 to work at an oil refinery. His brother Birch and Charlie already worked there, and a friend from his childhood, William Hardin. The four of them teamed up with another friend, Larry Moore, and formed the “Monroe Brothers” to perform at dances and parties.

Birch left the group, and so did Moore. Monroe and his brother Charlie continued as a duo. They performed live on radio and started winning spots. At first, it was locally in Indiana, but through sponsorship, they were soon heard in Iowa, Nebraska, South Carolina, and North Carolina from 1934 to 1936.

They were signed by RCA Victor in 1936. They almost immediately had a hit single in the gospel genre, called What Would You Give in Exchange for Your Soul? Over the next two years, they recorded 60 songs.

In 1939, Bill Monroe was successful in winning a regular appearance on the Grand Ole Opry, which was a weekly country music stage show held in Nashville.

Monroe was back in the studio in 1940, recording his first solo tracks for RCA Victor.

Over the next five years, the band continued to develop with different musicians coming and going until Monroe got the sound he wanted. Lester Flatt and Earl Scruggs both joined the band in 1945. Flatt was a guitarist, Scruggs, a banjo player. The band now had a sound that people couldn’t get enough of. They became known as “the Original Bluegrass Band.”

Between 1946 and 1947, the band recorded 28 songs at Columbia Records, many of which became classics, including, Toy Heart, My Rose of Old Kentucky, and Blue Grass Breakdown.

In 1948, Flatt and Scruggs left to form their band.

In 1949, Bill Monroe signed with Decca Records. Many believe this was when he began the highlight period of his career. Many classic songs were recorded over the next four years.

In early 1953, Monroe and another of his band members, Bessie Lee Mauldin, were in a severe car crash. It took Monroe four months to recover, but his other band members kept the group together during that time.

By the late 1950s, rock and roll were becoming popular, as too, was a particular style of country music coming out of Nashville. Bluegrass had seen its day, and Monroe’s commercial success began to dwindle.

In the early 1960s, young people were starting to listen to Monroe, but his sound now came under the genre of ‘folk music’ rather than ‘country music’ as it was originally. This was also the time that the word ‘bluegrass’ was used to describe the genre.

Others in the same genre, like Flatt and Scruggs, recognized straight away that young people at colleges was where they would make their money, and adapted accordingly. Monroe wasn’t so quick to respond, and it wasn’t until he had a manager in 1963 that he began to expand beyond where he normally performed.

Bill Monroe manager was Ralph Rinzler, a young man from the folklore side of the tracks, who made in-roads for Monroe.

Bluegrass had earned its place in music, and by the late 1960s, Bluegrass festivals were held regularly. One such festival was founded at Bean Blossom in Indiana by Monroe in 1967. Thousands of people would attend on an annual basis, and in 1973, a double album was released featuring the performers from the festival, including Monroe.

In the 1980s, Bill Monroe recorded two albums of duets with other prominent country singers, and in 1989, a live album was released to commemorate Monroe’s 50th year of performing on the Grand Ole Opry.

Astonishingly, in the 60 years of Monroe’s band, Blue Grass Boys, performing, he had over 150 musicians come and go.

Monroe retired from performing in 1996 after having a stroke. He died on 9th September 1996.

Bill Monroe was known as the ‘father of bluegrass’ and had many awards and honors, some of which include:

1970:   Inducted into the Country Music Hall of Fame

1997:   Inducted into the Rock Roll Hall of Fame (as an early influencer)

Bill Monroe married Della Streeter in April 1985, and he was still with her at the time of his passing.