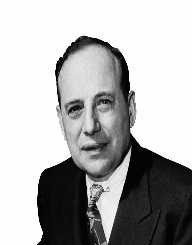 Benjamin Graham was born on May 9th, 1894. His place of birth was London in England. He was born to a Jewish family who relocated to New York when Graham was only a year old. He was from a humble background which turned out to be a positive influence on him. He grew up to be a good student and performed well in his studies. His performance further improved after his father’s death. In Columbia, he was the salutatorian student in his class.

Benjamin Graham attended Columbia University. He graduated at the age of 20 with the title Salutatorian. This was an award for the second best student graduate in the US then.

Benjamin Graham had his first offer for a job after his graduation. He was invited to serve as an instructor in mathematics, English, and philosophy. He declined the offer. Instead, he joined Wall Street where he later formed Graham-Newman Partnership. In 1934 his book Security Analysis was published. He wrote the book together with David Dodd. This book contained ideas for a good investor and how to go about to be a successful investor. It became such a good book even referred to as Bible by many ambitious investors.

In 1949 his other book The Intelligent Investor was published. Its contents were mainly on value investing a subject Benjamin Graham taught at Columbia Business School. He taught at the school in 1928. This book opened the eyes of many investments around the globe. They were given the best investment approaches ever as Buffet his former student would later describe. Graham revolutionized the world of business.

By the time Benjamin Graham took his last breath, he had authored many books. 1934 he wrote the book Security Analysis. By 1937 he completed his other book Storage and Stability. Come 1944 he had written World Commodities and World Currency. He later authored The Intelligent Investor published in 1949.

Rumor has it that Benjamin Graham was involved with Marie Louise Amingues. She was the girlfriend of his late son. This led to the separation with his wife Estey Graham, though they did not divorce officially. He also got involved with Marie Amingues during his life. She was comfortable to live with Benjamin Graham without necessarily marrying him.

Benjamin Graham took his last breath on September 21st, 1976. He died in Aix-en-Provence, France at the age of 82.