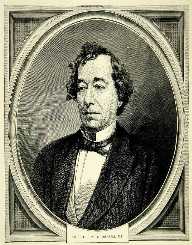 Benjamin Disraeli is one of the greatest names in the history of British Politics. He was one of the few people who paved the way for the political revolution in the country. He was also known to have initially struggled to find his place while he was in the House of Commons. It was after his return that he took the political sphere by storm. He led his party later into victory and later became the Prime Minister of Britain.

Benjamin Disraeli was born on the 21st day of December 1804 to Maria Basevi and Isaac D’Israeli. His parents were of the Jewish descent but had to adopt Christianity in 1817 after an issue came up. He studied for barely two or three years due to the lack of facilities. At that period, education was very expensive to his family. However, he had a chance of working with a law firm in 1821. Although he was not interested in it, he ensured that his employer is happy. His father thought this could be the opportunity to be very strong financially. He then decided to make him marry his boss’ daughter. He then moved to politics due to his intention of becoming a nationwide sensation.

Disraeli entered into the ocean of the British politics in 1831 and sought to contest from a place in Wycombe. He contested twice as an independent candidate but lost twice. He later associated himself with a political party to boost his chances of being successful. He, however, lost again with the attachment, but he found himself two years later, 1937, in the House of Commons with Wyndham Lewis. In 1941, the conservative party came into power, but he was left out in the ministerial roles. He became infuriated and revolted against the British prime minister as well as criticising the party’s policies until Peel; the prime minister quitted in 1846. He then managed to establish himself as one of the most influential men in Britain after being elected as a member of Parliament from Buckinghamshire.

In 1852, he held the position of the Chancellor of the Exchequer. Benjamin Disraeli presented a budget which favored the working class, but this was vehemently opposed as revenge for his actions against Peel in 1846. This action, however, led to the downfall of Derby’s government. Disraeli became the Prime Minister after the British parliament legalized Jews to hold administrative positions and the retirement of Lord Derby. He, however, ruled for sometime before the general election took him away from theposition after his party suffered a defeat. He served as a member of the opposition party and got elected in 1874 as the Prime Minister of England. He introduced different laws which include, Public Health Act, Climbing Boys Act, etc.

Benjamin Disraeli got a reputation for being one of the greatest writers apart from being a great politician. He is known to have published 28 literary works of his of which 20 works are fiction while 8 are non-fiction. His works apart from others include Coningsby, Henrietta Temple, the Young Duke among others.

Queen Victoria crowned him the Lord Beaconsfield and became a member of the prestigious House of Lords as well as served as the Prime Minister of the country. After his death, a memorial was built at Westminister Abbey in his honor. The Monument was however erected based on his William Gladstone’s, his rival, suggestion.

Benjamin Disraeli came close with Henrietta Sykes who was in a relationship with Lord Lyndhurst. She eventually fell in love with Disraeli after so many years together, and this led to open criticism. This situation led to the book, Henrietta Temple. He later got married to Anne Lewis who was a widow. The two were deeply concerned about each other, but Anne was older than him. In 1880, he wrote and published his book, Endymion and was ill that same year.

He was down with Gout and Asthma which made him stay in his home and eventually died in 1881. The news about his death, however, broke many people’s hearts being the fact that he is many people’s sweethearts.