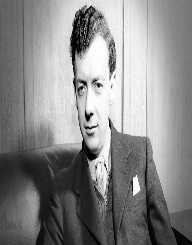 Edward Benjamin Britten was born on November 22, 1913, in Lowestoft, Suffolk, England. He was the youngest of four children to his parents. His father was a dentist, and his mother was an amateur musician and secretary at the Lowestoft Musical Society. When he was three years old, he contracted pneumonia which he nearly died of. The illness damaged his heart, but he later completely recovered. He was interested in music, and his mother gave him his first piano lessons.

Britten was sent to a dame school where he learned to play piano from his sister Ethel. After a year, he went to the South Lodge prep school in Lowestoft. He took viola lessons from his mother’s friend Audrey Alston since he was ten years old. During this time, Britten also began composing music. He was encouraged by his teacher to go to symphony concerts, and Britten later met the composer Frank Bridge. He offered the young boy to come to London to take lessons from him.

In 1928, Britten went to Gresham’s School in Holt, Norfolk. He despised the school and hated being separated from his family. Despite his negativity towards the institution, Britten remained there until 1930, when he won a scholarship to the Royal College of Music in London. There he studied composition until 1933 and won the Sullivan Prize for Composition. He wrote the Sinfonietta, Op. 1 in 1932, which was based on his time at the RCM.

In 1935, Britten became a member of the BBC’s film unit, where he began contributing with his work. His first film was The King’s Stamp, which was followed by Coal Face and Night Mail. Together with his colleague W. H. Auden, Britten worked on the song cycle Our Hunting Fathers. Auden was a major influence on Britten and encouraged him to widen his horizons and come to terms with his homosexuality. From 1935 until 1937, Britten wrote around 40 scores for films, theatre, and radio.

In 1937, after the death of his mother, with whom he was very close, Britten met the tenor Peter Pears. Pears became Britten’s musical inspiration and a friend. During this time he composed Variation on a Theme of Frank Bridge and the Pacifist March for the Peace Pledge Union. In 1939, he and Pears went to North America. When the war broke out, they were both advised to remain in the US as artistic ambassadors. In 1940, Britten released his Seven Sonnets of Michelangelo and the orchestral work Violin Concerto and Sinfonia da Requiem.

In 1942, Britten decided to move back to England. Before leaving the United States, he wrote his choral works A Ceremony of Carols and Hymn to St. Cecilia. Pears joined the Sadler’s Wells Opera Company and was cast in the leading role of Britten’s opera Peter Grimes. It was a box office and critical success. Later in 1945, Britten went to Germany to visit the concentration camp survivors and was utterly shocked about what he saw there. After his return, his song-cycle The Holy Sonnets of John Donne and the Second String Quarter were much heavier in contrast with his previous works.

In 1946, Britten’s new opera The Rape of Lucretia was released at the Glyndebourne Festival. The opera went on tour but lost a lot of money. This resulted in the launching of the Aldeburgh Festival in 1948 in a small town of Aldeburgh, where Britten recently had moved to and spent the rest of his life living in. The festival was an immediate success and is still an annual event.

During the 1950s, Britten wrote several operas, like Billy Budd, Gloriana and The Turn of the Screw. In the 1960s, the Aldeburgh Festival had already grown to such size; the buildings could not handle all the people coming. A building in the close village Snape was converted into a concert hall and opera house and was opened by The Queen in 1967. During this decade, Brittain wrote the War Requiem and was commissioned for the TV opera for BBC- Owen Wingrave.

One of the deepest works of Britten was the opera based on Thomas Mann’s novella Death in Venice. After he finished the opera in 1973, he was hospitalized to replace a failing heart valve and during the surgery suffered a stroke. This affected his right hand and brought Britten’s career as a performer to an end. In 1974, he wrote the Suite on English Folk Tunes “A Time There Was” and the Third String Quartet. In 1967, he accepted the peerage and became Baron Britten, of Aldeburgh in the County of Suffolk. He then traveled to Norway and wrote began working on Praise We Great Men. Britten died on December 4, 1976, from congestive heart failure.

Despite his many works on Christian themes, Britten was mostly thought of as agnostic. However, in the 1960s he called himself a dedicated Christian. During his life, he suffered from poor health.

Britten was known as a person who dumped his friends and colleagues who offended him or were not in any use for him. He referred to these people as his “corpses.”