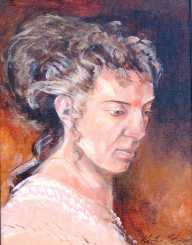 Belle Boyd was born on May 9, 1844. Her place of birth was in Martinsburg, Virginia. She was the first born to Benjamin Reed and Mary Rebecca. Their family owned a shop. She had strong willpower and always acted spontaneously from a young age. She was also courageous and dominated by her younger siblings and cousins. She was quite a tomboy exhibited with her interest in climbing trees, racing in the woods and ones riding on a horse.

Belle Boyd came from a humble background but still got a good education. She attended her preliminary education and later in 1856 joined Mount Washington Female College. This was a college in Baltimore, Maryland. By 1860 she completed her studies.

Belle Boyd began her spying duties in 1861 upon arrival of the Union troops in Martinsburg. This was during the American Civil War. She befriended the troops who then freely interacted with her. She gathered as much information as she could from them. She then sent messengers with information she considered crucial to the Confederate officers. However, the Union Troops got hold of information that Belle Boyd possessed Confederate flags. They marched to her house with the intention of putting their flags. Her mother prevented them from entering their house upon which the troop insulted her. An angry Belle Boyd shot one of the soldiers, and he died. She was fortunate enough to avoid murder charges. She was released on the ground that she was defending herself and her mother.

Belle Boyd determination was always with her. Even after the previous turn out of events she still went on befriending union soldiers. She managed to put Captain Daniel Keily in her trap. The unsuspecting soldier conveyed much information to her. She would then convey the same to Confederate soldiers through her messenger Eliza Hopewell. Belle Boyd was later exposed and captured. Since it was her first time to be arrested hence, she was released with a warning. With the courage she possessed from a young age, she still went on with her espionage.

Belle Boyd joined efforts with the south Confederate after her release. General Stonewall Jackson was in charge at the time. She distributed medical supplies to them aside from giving them crucial information on the Union troops. The press who publicized her work later discovered her. Belle Boyd was presented with Rebel Joan of Arc and La Belle Rebelle among others. This was to honor her courage. She was imprisoned for a week following the publicity.

In May 1862 she came to possess crucial information from the Union Troops. She was hiding in a closet when General James Shields was presenting his plans to his troops. She passed the information to Turner Ashby. He was the colonel of the Confederate at that time. She has then been arrested some times. On July 29, 1862, for instance, she was in Old Capitol Prison in Washington, D.C.

In 1864 Belle moved to England. Her acting career began from there. Meanwhile, she authored books on her war experiences. By 1865 she had written her book Belle Boyd, in Camp and Prison. She performed The Lady of Lyons in 1866 and The Honeymoon in 1868.

Belle Boyd's first marriage was to Samuel Hardinge. He died in 1866 upon which she got married to John Swainston Hammond. He was once a union soldier. The couple was blessed with four children. In 1884 they divorced. She then married actor Nathaniel Rue High in 1885.

Belle Boyd breathed her last on June 11th, 1900 at the age of 56. She had a heart attack at Kilbourne City. She was buried in Spring Grove Cemetery in Wisconsin.