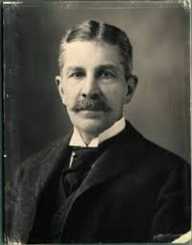 Augustus D. Juilliard was born on April 19, 1836, at sea while his parents immigrated to the United States from France. He was an American philanthropist and successful businessman in New York City.

He acquired much wealth and had several estates which he handed down to establish music education in the United States. In 1920, the Juilliard Foundation was founded by the trustees of his estates to honor his will.

In 1924, the foundation was established under the name The Juilliard School based in New York City. The famed school began as an institution for music students and later introduced other programs such as theatre and dance. He died on April 25, 1919, at the age of eighty-three.

Augustus D. Juilliard was the son of shoemaker Jean Nicolas Juilliard and Anna Burlette. He was born on April 19, 1836, at sea while his parents traveled as immigrants from France to the United States.

His parents were from the Burgundy region of France and were Huguenots. Upon arrival in America, the family settled in Ohio. He grew up in Louisville, Ohio where he also acquired his education from the local schools.

The corporation was responsible for wool, silk and cotton distribution. Apart from the corporation, he ventured into other businesses including banking investments, insurance, and railroad.

Augustus D. Juilliard became wealthy and was a successful businessman in the United States. Augustus owned several mansions in America and apartments in different parts.

Augustus D. Juilliard made several contributions to society including making gifts for hospitals, homes, and museums. He was also involved in many other charitable causes. He bequeathed about 5 million US Dollars to promote music in the United States.

The Juilliard Foundation was later founded in 1920. In 1924, the Juilliard Trustees used some of the funds to create the Juilliard Graduate School. The school's aim was helping students who excelled in academics to advance their education in music. In 1926, the Juilliard School became one with the New York Institute of Musical Art.

Augustus D. Juilliard married Hellen Marcellus Cositt in 1877. They did not have any children. He died from Pneumonia on April 25, 1919, at his home in New York City. He died at the age of eighty-three.