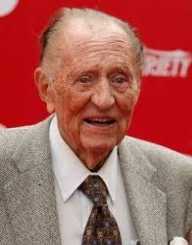 Canadian-American radio and television personality Arthur Gordon Linkletter was born as Gordon Arthur Kelly on July 17, 1912, in Moose Jaw, Saskatchewan, Canada. Abandoned by his biological parents, he was found at the doorsteps of a local church as a few weeks old children.

Fulton John Linkletter, an itinerant Evangelical preacher and his wife Mary adopted him as an infant and moved to San Diego, California when Arthur was three years old.

He attended San Diego High school and graduated from there at the age of 16. Soon afterward, he witnessed the onslaught of the Great Depression of the 1930s and roamed all over the country meeting people from all walks of life, managing to survive by doing all kinds of menial jobs during the early parts of the economic mayhem.

Art Linkletter secured a Bachelor’s degree in teaching from the San Diego State University (formerly San Diego State Teachers College) in 1934. He was a good athlete and represented his University in various games such as basketball, football, handball, and swimming.

While he was studying in his junior years at the San Diego State University, the local San Diego radio station KGB employed him as a radio announcer. Upon completion of his graduation, he preferred to continue his job as a radio announcer at KGB as radio, at that time, had better-paying potential than a teaching job.

Soon, Art Linkletter was elevated to the position of the Chief Announcer and began directing radio programs for fairs and exhibitions. He moved to San Francisco during the late 1930s and again resumed his radio career there. During the 1940s, he was associated with a new form of a radio program.

The program was named ‘People Are Funny’ and was conceptualized by John Guedel. Arthur acted as a host of the show in which audience participation, contests, etc. was sought for the first time in the history of radio and television programs, a precursor to the present day reality-based game shows.

The pioneering effort bore fruit, and the show concluded its broadcast in 1960, 18 years after it started to air in 1942. He partnered with Guedel in creating another popular radio program titled ‘House Party,’ which was equally successful.

After having been enormously successful in hosting a variety of radio programs since the mid-1930s, Art Linkletter adopted the television medium, still in its infancy, during the early 1950s.

Arthur Linkletter was an expert in communicating with children. He was particularly adept in interviewing children and was an accomplished entertainer involving the ordinary people.

Art Linkletter was very successful in his electronic medium career primarily due to his unmatched skill and proficiency in communicating with the people of all age groups especially children and ordinary populace. He translated his success in writing books as well.

He was honored with a Daytime Emmy Award in 2003 as a lifetime achievement award in the television industry.

Arthur Linkletter married Lois Foerster on November 25, 1935, after meeting her early in the year. The marriage was solemnized at Grace Lutheran Church in San Diego. The couple together had five children.

Among these five children Diane Linkletter, the youngest of the lot, died when she jumped out of her sixth-floor kitchen window on October 4, 1969.

Though not corroborated afterward, Art Linkletter suspected influence of the LSD, a deadly hallucinogenic drug, as the probable cause of the death of his beloved daughter and turned himself into a champion against all forms of drug abuse for the remaining period of his life. He suffered another tragedy when his third son, 35-year-old Robert Linkletter died in a car accident on September 12, 1980.

Art Linkletter died on May 26, 2010, at the ripe old age of 97 at his Bel Air, Los Angeles home in California due to natural causes.