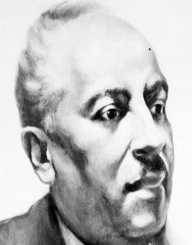 Arna Bontemps is an African-American author known for a number of literary works such as God Sends Sunday, Black Thunder, and Story of the Negro. He is a recipient of the Alexander Pushkin Prize of Opportunity and the Crisis Poetry Prize.

His stories are usually starred by African American characters. Aside from being an author, he also served as a lecturer in a number of universities.

He died at the age of 70 on June 4, 1973, from suffering a heart attack. At the time of his death, he was at Nashville, Tennessee and is in the midst of working on his autobiography.

Born in Alexandria, Louisiana on October 13, 1902, as Arnaud Wendell Bontemps to a middle-class family, he came from a mixed lineage. His father, Paul, was of French origins while his mother, Maria, was of a mix of Cherokee and English blood. When he was 3, their family relocated to California where he spent his formative years. His father was employed as a mason while his mother worked as a school teacher.

Due to his mother's influence, he grew up with a fondness for literature and the arts. He was an alumnus of Pacific Union College where he graduated in 1923 majoring in the subject of English and a minor in history.

A year after his graduation, Arna Bontemps' first work entitled Hope, was a poem published in the Crisis Magazine in 1924. Shortly after, he relocated to New York along with many others during the Harlem Renaissance. In New York, he made the acquaintance with a number of other literary writers such as Langston Hughes who not only became his collaborator but a lifelong friend and role model as well.

He came to media attention in 1931 when he released his first novel entitled God Sends Sunday that revolves around the story of Little Augie who spends money as quickly as he earns them. After his first publication, he worked with Hughes and produced the children's book entitled Popo and Fifina in 1932 which intends to educate young children the language of Haiti. 2 years later, he published another children's book entitled You Can't Pet a Possum in 1934.

However, it was in 1936 when Arna Bontemps received critical acclaim for his work on the novel Black Thunder. It is considered one of his best works, and the story tells of a field worker named Gabriel Prosser who led a rebellion in 1800 near Virginia. After this novel, he followed it up with another children's story called Sad-Faced Boy in 1937.

Despite his growing fame as a prolific writer, Arna Bontemps' earnings for the job barely supported his family. He took on teaching at a number of universities as he and his family frequently relocated homes. He served as a professor for a time in Oakwood Junior College in Alabama and the Shiloh Academy in Chicago where he also attained his degree in library science in 1943.