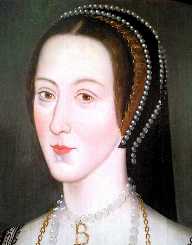 Anne Boleyn was the second wife of English King Henry the VIII. Unknowingly, her decision to marry the king ushered in one of the greatest reformation movement in the Roman Catholic Church.

Anne Boleyn was born in 1507. She was from a noble family. Her father Thomas Boleyn was the Earl of Wiltshire and Ormond. Her siblings were Mary and George. She was educated in various countries in Europe. Boleyn studied in France, Austria and the Netherlands. Her studies included literacy, arithmetic, history, and hospitality. After her stay in Austria, she went to serve at the King's palace in France the following year. She remained in the Queen’s maiden service until her return to England in 1520.

Anne Boleyn returned to England in 1522. Boleyn was bestowed to be married to James Butler, a distant relation. The hierarchy of the church canceled the wedding with no cause. She was then assigned to the royal palace as one of the royal maidens. Due to her charm and attractive features, her presence became a discussion for men.

She got romantic proposals from various men of nobility. Even the king took cognizance of her. When Boleyn was preparing to marry one of the king’s trusted aides, Lord Henry Percy, the king revoked it. He prevailed upon the Cardinal Wolsey not to officiate the ceremony. Boleyn became the chief maiden of the queen in 1523.

King Henry VIII was known for his extramarital affairs. He soon started pursuing Boleyn. She rejected his advances on one condition. She would only be by the king as his royal queen. For many years, King Henry had been estranged to the queen. Her inability to have a son brought the king much distress.

King Henry obliged to Boleyn’s condition and started his divorce to Queen Catherine in 1527. Pope Clement VII refused to grant the annulment. After six years of battling in the religious court, King Henry sought the help of his advisors. The two were married in a secret wedding. The coronation of Anne Boleyn as the queen was done in 1533. Later that year, she gave birth to her first and only child Elizabeth. The king then disowned his union with Queen Catherine in 1534.

With growing discontent from the church, King Henry VIII sought advice from his closest aide. Thomas Cromwell suggested that the king declares the royal monarch superior to the church. The declaration angered the Catholic Church. The king was excommunicated. He then formed the Church of England with the monarch as its head in 1534. All those opposed to the new declaration were executed. Queen Catherine died in 1536.

With Catherine of Aragon out of the palace, Queen Anne Boleyn consolidated her position. With years of royal service, she was able to charm foreign visitors to the king. She used her influence to bolster diplomatic relations with other European kingdoms. But back in the palace, the royal court servants saw her as a treacherous gold digger. After two miscarriages and a stillborn delivery, the king sought a way out. He went on seducing other women with the hope of fathering a prince.

The queen’s cousin Jane Seymour became the topmost royal mistress. With her bold personality, Queen Anne confronted the king publicly on his infidelity on many occasions. In the palace, she had many skirmishes with her cousin. In all this, the king sought to distance himself from Queen Anne. Unable to fight off the determined queen, the king turned again to Thomas Cromwell.

A grand plot to eliminate the queen was hatched. Anne Boleyn was accused of bewitching the king, promiscuity, and treason. The jury which included her father and her former suitor convicted her to die. The king ratified the verdict. She was beheaded at the Green Tower in London in 1536. Her remains were interred in an unmarked grave.

Anne Boleyn was the second of the six wives of King VIII. Though she reigned for the shortest time of the six, Queen Anne was the most influential. She was an elegant lady of fashion and style. Her Parisian influence was evident in her court. Her marriage brought a major revolution in the church in England. Her influence helped the lives of the underserved in England. She was the engineer of the Succession Act. This act dictated that only legitimate children of the crown could succeed the monarch. This was to bar Mary, the king’s eldest daughter from becoming queen.