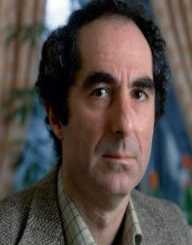 Anatole Broyard was born on July 16, 1920.  He was a writer, literary critic, editor, and teacher. He worked as a book critic for the New York Times.

Anatole Broyard was born on July 16, 1920, in New Orleans in Louisiana. He was born to Paul Anatole Broyard who was a construction worker and a carpenter and Edna Broyard. He was brought up alongside two sisters. He attended Boys High School. In 1937, he joined Brooklyn College but dropped out of college later.

Anatole did a few odd jobs in order to sustain himself. In 1942, during World War II, he joined the army. He served in the one hundred and sixty seventh Port Company in New Guinea. He was awarded G. I. Bill which provided him with a range of benefits for having participated in World War II. He used his Bill to study psychology and modern art at the New School for Social Research. He later moved to Greenwich where he established a bookstore with the savings he got from the war. His bookstore stocked books of certain writers such as Louis Ferdinand and Franz Kafka among others. He began publishing his stories in the 1940s including, ‘Discovery,’ ‘New World Writing’ and ‘Modern Writing.’

In 1948, he published the story ‘Portrait of a Hipster’ in the Commentary Magazine. In 1950, Anatole published the story ‘Portrait of the Inauthentic Negro’. As he wrote he also taught creative writing at the New School at New York University and Columbia University. In the 1970s, he published short essays in the New York Times which brought him much acclaim. In 1980, his works were collected and published in ‘Men, Women, and Anti-Climaxes.’

He married Aida Sanchez briefly with whom he had a daughter, Gala. They divorced when he returned home after World War II.  In 1961, he married Alexandra Nelson with whom he had two children. In 1989, Anatole was diagnosed with prostate cancer. He, however, continued writing. He passed away on October 11, 1990.  He died at the age of Seventy.