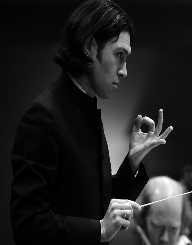 Alfred Schnittke was a prominent Soviet and German composer who composed various orchestras for instruments like cello, viola, violin and piano among others. Alfred Schnittke composed ballet, choral and chamber music during his career, which spanned for almost three decades. Born on November 24, 1934, his early style of music was likened to that of Dmitri Shostakovich, but later on developed a polystylistic technique for his music. Alfred Schnittke used the new style in works like Symphony No. 1, 1969 to 1972 and his first concerto grosso in 1977.

Alfred Schnittke gained international recognition in the 1980s, with works like second and third string quartets and String Trio, the ballet Peer Gynt, third to fifth symphonies and his viola, cello and concertos within that period. Alfred Schnittke was consisted of his work but started to move away from the polystylistic technique to a withdrawn and bleak style as his health deteriorated. He suffered stroke several times before his death.

Alfred Schnittke was born to Harry ViktorovichSchnittke and Maria IosifivnaSchnittke on November 24, 1934, in Engels in the Volga-German Republic of the Russian SFSR. His father was a Jewish journalist and translator born in Frankfurt and his mother a Volga German born in Russia. His father was later posted to Vienna where Alfred Schnittke fell in love with music and started his music education in 1946. According to his biographer, it was in Vienna that "he fell in love with music which is part of life, part of history and culture, part of the past which is still alive."Alfred Schnittke also recounts that "to be a link of the historical chain: all was multi-dimensional; the past represented a world of ever-present ghosts, and I was not a barbarian without any connections, but the conscious bearer of the task in my life."

His life experience in Vienna "gave him a certain spiritual experience and discipline for his future professional activities. It was Mozart and Schubert, not Tchaikovsky and Rachmaninoff, whom he kept in mind as a reference point in terms of taste, manner, and style. This reference point was essentially Classical, but never too blatant." The family left for Moscow in 1948 where Alfred Schnittke continued his graduate work in composition at the Moscow Conservatory and completed in 1961.

After completing his music education, Alfred Schnittke started teaching at the Moscow Conservatory in 1962 and remained there until 1972. After this period, Alfred Schnittke lived mainly on the composition of film scores, and within his career that spanned for about three decades, produced almost 70 scores. By embracing Christianity early, I his career, Alfred Schnittke begant experience mystic beliefs and that would influence his music career. His style of music began to draw suspicions from the then autocratic Soviet government, and this resulted in his First Symphony being banned by the Composers’ Union. Several other restrictions made him abstain from voting in the 1980 Composers’ Union election, and that also called for him being restricted from traveling outside the Soviet Union.

During the start of his music career, Alfred Schnittke was drawn towards Dmitri Shostakovich style of composition. This changed after a visit by an Italian composer Luigi Nono to the Soviet Union as Schnittke picked up his serial technique in his works like Music for Piano and Chamber Orchestra (1964). Working with the style for a while, he became displeased with the "puberty rites of serial self-denial."He, therefore, came out with his technique termed polystylism, by comparing and combining current and past style. Alfred Schnittke used this technique for composing his Second Violin Sonata, Quasi unasonata from 1967 to 1969. Alfred Schnittke also used it in other works including the First Symphony from 1969 t0 1972 and Fist Concerto Grosso in 1977.

Alfred Schnittke, however, continued with his Ninth Symphony, which became difficult to read because he used his left hand in writing. It was first performed in Moscow on June 19, 1998, arranged and conducted by Gennady Rozhdestvensky. Alfred Schnittke composed several other orchestras, chamber music, operas and instrumental works among others.

Alfred Schnittke suffered a stroke and fell into a coma in 1985. The intensity of the stroke made him being pronounced clinically dead on several occasions but eventually recovered to continue his work. He finally moved from the Soviet Union in 1990 to settle in Hamburg. His health continued to deteriorate and suffered several strokes. He died on August 3, 1998, in Hamburg at the age of 63. He was interred at the Novodevichy Cemetery in Moscow was state honors.