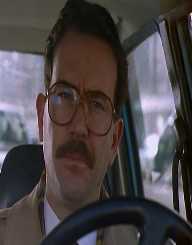 Aldrich Hazen Ames is a former operative and analyst with the American Central Intelligence Agency (CIA). He was born on May 26, 1941, in River Falls, Wisconsin. He worked in the Intelligence for over thirty years. His role in the agency was to detect spies of the Soviet Union. He later became a spy for both Soviet Union and Russia.

Aldrich was arrested because of committing espionage against the United States leading to arrest and confinement of a large number of CIA intelligence officers by the Soviet Union. Aldrich was convicted and sentenced to life imprisonment. He is currently serving a sentence, without the possibility of parole, in the high-security Allenwood U.S Penitentiary.

Aldrich Ames was born in Wisconsin to Carleton Cecil Ames and Rachel Ames. He was the eldest in the family of three children, being the only son. His father was a lecturer at Wisconsin State College in River Falls while his mother was a high school's teacher of English. As Ames was growing up in River Falls, his father switched career and joined CIA's Directorate of Operations in Virginia. They later moved to Southeast Asia after his father was transferred to work in India. The father suffered from heavy drinking which led to poor ratings. Due to the alcoholic nature, he was stationed at the CIA Headquarters.

Aldrich Ames liked the work his father did and developed interest while he was still very young. He worked for CIA for three summers starting 1957, as a low profile record keeper. After he had failed his sophomore year, he went back to work with CIA as a painter. He later got a permanent job with CIA in Washington as a clerical officer.

Aldrich Ames attended McLean High School in Virginia. He got a short stint to work with CIA as a record analyst, preparing documents for filing. He joined the University of Chicago in 1959 after working with CIA for two years. His initial plan was to study Foreign Cultures and History but did not perform as expected. He failed in his sophomore year due to his passion for drama and thus did not like foreign cultures and history. He became an assistant director a theatre in Chicago before proceeding to Washington for a clerical officer job with CIA.

Aldrich Ames joined the University of George Washington where he acquired his B.A in History in 1967.

Aldrich Ames was inducted into "Career Trainee Program" of the CIA. This is after he received positive appraisals coupled with an achievement of grade GS-7. After the training, CIA posted him to Ankara, Turkey where he worked as an officer targeting the Soviet Union Intelligence who had the potential of becoming U.S spies. He worked hard in Turkey from 1969 to 1972 but only received a satisfactory comment. This discouraged him, and he contemplated leaving CIA. In 1972, Aldrich Ames went back to CIA headquarters, and he joined the Soviet-East European Division. He worked there for four years after which he was posted to work in New York where he competently handled two primary agents of the Soviet Union. His performance in New York was up to the mark, and this earned him bonuses and promotions. He, however, received criticism for two security infringement cases.

Ames was then based in Mexico where he performed dismally resulting to his return to Washington in September 1983. He was sent to the Department of Operations of the SE division to counteract Soviet's intelligence activities. He was allowed access to activities and plans to counter Soviet Security Agency "KGB" as well as the prime military foreign-intelligence service "GRU."

In April 1985, Aldrich Ames undertook a shady deal that earned him $50000 as a result of leaking FBI and CIA's information to the Soviet Union. He gave out over ten sources of FBI and CIA who were spying on the Soviet Union's activities. This resulted in fading away of CIA's agents in the Soviet Union. CIA did not at first entertain the thought of double agency despite them noticing a serious problem in their operations. At first, they suspected a former employee, Edward Lee Howard, but later cleared him after CIA lost three more agents.

Aldrich's activities of betrayal continued as he earned $4.6 million or more from the Soviet Union. He tried to justify his new lavish lifestyle; he claimed that he received money from wealthy Colombian family of his wife.

In1986, Aldrich Ames was sent to Rome and later went back to the Counterintelligence Center Analysis Group of CIA (1990-1991) where he got vital information on American double-digits. Aldrich started to be probed on the sources of his wealth. CIA was however distracted by a story stating how a Soviet Union citizen got crucial CIA's information. He passed two polygraph tests in 1986 and 1991. CIA however, became more serious with the probe as his lifestyle became even more lavish and could not match his earnings at CIA.

On March 1993, CIA and FBI kept Aldrich Ames under close surveillance. They even put a tracker on his car to monitor his every movement. On February 21, 1994, Aldrich was arrested together with his wife. "The United States Department of Justice" immediately charged both of them with espionage with the Soviet Union and Russia to work against the United States. Surprising, Aldrich outrightly agreed to the charges in the court, and this earned him a life imprisonment sentence. His wife got five years in prison. He is currently a prisoner assigned number 40087-083 of the Federal Bureau of Prisons facing confinement at the Allenwood U.S Penitentiary with very tight security arrangements.

Aldrich Ames married Nancy Segebarth, who was a CIA officer, in 1969. This put them in an awkward position since CIA did not allow a couple to work on the same station. Consequently, Nancy resigned immediately his husband was sent to work in Ankara, Turkey. Nancy cheated on her husband several times after she was left alone in New York as his husband worked in Mexico. Aldrich also started cheating on her wife with María Del Rosario Casas Dupuy from October 1982. He dated her without disclosing the information to CIA which was a requirement.

Their relationship with the wife became very strained, and they separated in October 1983. He later divorced her in 1985 and officially married María Del Rosario Casas who supported him in his activities. Aldrich Ames was a heavy drunkard, and the habit affected his duties heavily at the CIA. He was stationed at the Headquarters due to his inability to perform other tasks.