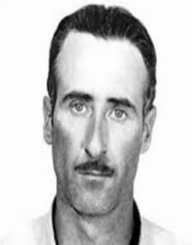 Albert Walker is a Canadian jailbird from Paris, Canada. He is currently serving a life sentence for swindling and embezzlement of public money under his custody. He was also convicted of the murder of a business partner, a charge Walker has always denied.

Albert Johnson Walker was born in 1946 in Ontario Canada. He never graduated from his secondary school. He did all kinds of jobs until he was employed as a bank teller. After a while, he quit his job to start his business venture. He started two financial consultancy firms. Walker was ambitious. He expanded his company’s network to include six branches with a total of thirty workers.

Albert Walker got married on October 25, 1968, to Barbara McDonald. They later divorced. The two had four children during their marriage.

In his private circles, Walker was an intelligent and focused salesperson. He went to his local church and was an active member. He sang in the church choir and taught the children in Sunday school.

Albert Walker established his own company Walker Financial after resigning from the bank. He filed people’s returns and gave out financial advice. He later incorporated mortgage and financial management services. As the company grew, he ventured into stockbroking and government bonds. As a respected church member and brilliant salesperson, Walker had a solid clientele base. Many people in his Paris hometown brought in their money for investment returns.

In 1986, his business empire began to crumble. He had no returns to pay the investors. Walker started transferring money to several overseas accounts. He slipped into debt with his company's investments spiraling down. He still encouraged people to invest with him. By 1990, he had amassed over CAD 3.5 million.

Albert Walker remortgaged his house when he was almost getting a divorce. When the case came up for settlement of resources, the judge ordered him to pay his wife CAD 30,000 monthly upkeep. Walker got the custody of the two older daughters. In 1990, he left for England with his second born daughter. Walker left a report that he was going for a skiing trip. He was fleeing from the impending arrest.

In 1993, Walker was tried in absentia of fraud charges and sentenced to jail. Canadian authorities enlisted the help of Interpol. His bank accounts were trailed and others frozen. Walker settled in North Yorkshire under a new name David Davis. He started an investment company called The Cavendish Corporation. He met and befriended Ronald Platt. Platt was a Canadian born television technician.

Albert Walker sold part of his company shares to Platt. They became share twin shareholders. Platt intimated to Walker that he wished to return to Canada. Walker funded his trip. He bought two air tickets to Platt and his girlfriend, Elaine. Before he left, Walker convinced Platt to leave behind the company signature stamp, driver’s license, credit card, and birth verification document. Platt gladly availed the items. In 1992, Platt and his girlfriend left for Calgary Canada.

Walker assumed Platt’s identity. He transacted under the name Ronald Platt. To conceal any suspicion, he introduced his daughter Sheena as his wife. In 1996, the two moved to Essex as a couple. Sheena already had two daughters whose birth documents had Ronald Platt as their father. Ronald did not settle in Canada due to financial hardships. He returned to England.

Albert Walker planned to kill Platt to conceal his criminal activities. He took Platt for a yacht trip in the English Channel. While at sea, he struck and killed him. He strapped the yacht anchor around Platt’s body and threw it overboard. On July 28, 1996, fisherman John Copik pulled out a lifeless human body from his net. The police managed to identify the body by the Rolex watch on the wrist.

After days of investigations, Walker was arrested, tried and found guilty of murder. The police also uncovered his fake identity and several gold bullions and cash he had stolen.

In February 2005, Walker was deported to Canada. He was charged with new counts of fraud and money laundering. On July 23, 2007, Walker was sentenced to life in jail with the possibility of parole. The court did not give the timeline for parole.

Albert Walker serves his term in jail. But he is still a wanted man upon his release. The authorities are still trailing the accounts where he purportedly hid the loot.