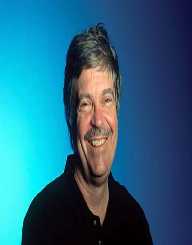 Computer scientist Alan Kay was born on the 17 May 1940 in Springfield Massachusetts. Kay was a gifted child and was reading fluently by the age of three.

After his family moved to New York City Alan Kay became a pupil at the Technical High School. He then joined the air force and received computer programming training and worked on IBM mainframe computers. After leaving the air force, he returned to university, studying at the University of Colorado in Boulder. Kay received an undergraduate degree in molecular biology and mathematics in 1966. Following his degree up with an MSc in Electrical Engineering and Computer Science from the University of Utah. Around this time he attended ARPA-sponsored conferences and became involved in research projects relating to ARPAnet.

Alan Kay was awarded a Ph.D. in computer science from the University of Utah in 1969 for his thesis entitled Reactive Engine. He met up with Edward Cheadle who was working on a project aimed at designing a small computer for engineers. They collaborated to create FLEX (which had bright graphics and the use of windowing features) which they called a personal computer. Kay was also exposed to Douglas Engelbart’s interactive computing project designed to support collaborative work groups. This work led Kay to focus on graphical interfaces, the mouse, and hypertext. He created a cardboard tablet-style personal computer with a stylus and a flat-panel display screen. Technology at the same was not available to support his visionary ideas.

After graduating in 1969, Alan Kay worked at the Stanford Artificial Intelligence Laboratory researching and developing computer programming languages. He began thinking about book-sized computers. Some of his ideas were later incorporated into the design of the Alto computer.

In 1961 Alan Kay started working for Xerox Palo Alto Research Center where he ran The Learning Research Group. He worked on the Dynabook, a portable electronic device with a touch-sensitive liquid crystal screen and a keyboard. These ideas led to the development of laptops, notebooks, tablets, and computers. His team also worked on the computer language Smalltalk.

During the 1980s, Kay worked for Atari and then joined Apple in 1984. During his time at Apple, Squeak was developed. He then moved to Imagineering in 1997. In 2001, he founded Viewpoints Research Institute.