What Are British Redcaps?

Redcaps are two very different creatures, depending on where you’re referencing them from. In the British Isles, specifically along the border of England and Scotland, there are many ruined castles.

The Redcaps are thought to be murderous fairies who inhabit this long forgotten castles, and will kill those who wander too close or stray inside, to dye their hats with the blood of their victims.

For you see, the British Redcaps must keep their hats dyed with blood, for if it should ever dry out, the Redcap fae will die a most heinous death. They are incredibly speedy and light on their feet, and remarkably quiet, in spite of the iron spikes that adorn the iron boots they wear. It is thought that attempting to outrun a redcap is a foolishly hopeless act that will only result in you dying tired. 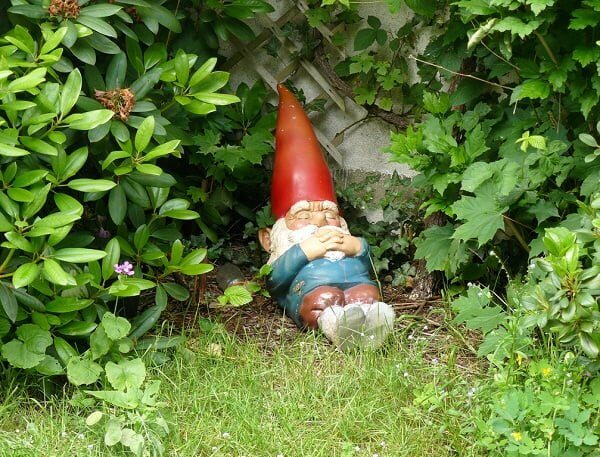 They are decidedly from the Unseelie court of Fae, with their murderous ways and dark intent, though some people classify them as a type of vampire. This doesn’t hold up to close inspection, however, as they are not known to actually ingest the blood of their victims.

The best and only way to avoid a British Redcap, is to take care when adventuring in abandoned castles along that border, and perhaps to bring a friend you’re slightly faster than when doing so.

The Redcap, or Kabouter, known to the Dutch is an entirely different and much kinder fellow. The Kabouter is a very friendly fae. They live in deep burrows underground, or in large mushrooms in the forest. They are incredibly fond of beards, almost as much as Dwarves are renowned to be.

As their name suggests, they wear tall red pointy hats. Like many faery folk, they are associated with cobblers and shoemakers, and the story “Legend of the Wooden Shoes” has a Kabouter teaching a man to make a set of wooden shoes.

While often thought of as a Gnome, Garden gnomes are in fact Kabouters as illustrated by Rien Pootvliet. There is some consideration that, as their hats resemble certain psilocybic mushrooms, that the Kabouters overall appearance, and their red hat in particular, may be seen as the result of the consumption of those self-same mushrooms.

They are fond of treats left out for them, especially gingerbread cookies and acorn full of milk, best left atop an oak stump in the woods.