We’re all familiar with that stand-by critter of the St. Patrick’s Day, the Leprechaun. Familiar to us in his green clothes, with his large belt, buckled shoes, red hair, and pot of gold, he is the very picture of Irishness to most people outside of Ireland.

The American-Irish have embraced him, to a degree, as their mascot, as tightly associated with the rampant drunkenness and fighting nature of the typical Irish male. Like these illusions presented by the ‘Typical drunken Irish Male’, which are utterly and shamefully incorrect, so the stories of the Leprechaun don’t entirely tell the whole story. 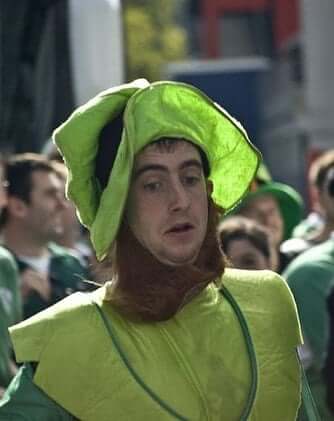 The history of the Leprechaun goes back long and long, known to inhabit Ireland long before the Celts, and in fact they are often thought to trace their line as far back as those most mysterious of folk, the Tuatha Dé Danann.

The Leprechaun’s source of wealth is quite mysterious, as they are best known for being cobblers who assisted their mortal makers of footwear in their troubles.

These fae are known for being generally harmless, occasionally liking to lay pranks on farmers or other rural folk, partially no doubt to them sharing the same living space, and partially due to the inner trickster nature of every member of the fairy folk.

The Leprechaun is well-known for enjoying playing the tin whistle, fiddle, and Irish harp, and are known to gather in the hundreds in secret places to dance in Ceili’s (Gaelic for Dance) where they sing, dance and drink.

The Leprechauns were also occasionally known to have render unto their captors three wishes, much like the genie in the lamp. This may be an anachronism drawn from cross-contamination of lore, or it could in fact be drawn from Celtic lore, where the number 3 bears much significance.

The Leprechaun is also much known for his love of the whiskey and moonshine, a sad bit of vice which he has no doubt passed down to his Irish kinsmen before they left the shores of Eire to travel cross the waves to the next parish over. (An Irish term for America)

Either way, it’s best to be cautioned against catching the wiley Leprechaun, even if you think you can. The Fae are not a forgiving folk. While they are a Just one, if you make the mistake of catching a Leprechaun to take his gold, there’s no law in faery custom preventing him from exacting his revenge upon you for doing so!