The Tuatha de Danann, ancient race of Ireland, their name is symbolic of the “The Tribe of Danu”, a goddess of the Irish people. They are often associated with the fae, and are thought in fact to be part of what is thought of as ‘the shining host’. Unlike the garden fairies of England, with their gossamer wings and playful nature, the Celtic Tuatha de Danann are thought to be a far more noble folk.

They are thought to be tall of form, pale of skin, and fair of hair, and regal of bearing. They count among their numbers the great Fairy king Nuada. He led them first to the shores of Ireland in “great dark clouds that landed upon the mountains in Connachta”. And their arrival cast a darkness over the sun for three days and nights. He led them in combat against the dark troll-like beasts that ruled the land when they arrived, the Fir Bolg.

In the midst of this battle, Nuada lost his arm, and it was replaced later on by one crafted of silver, earning him the name “Nuada Silverhand.” Eventually, through the two fierce “battles of Magh Turieadh”, they successfully wrested Ireland from those who opposed them.

A new opponent, the Milesians, arrived and drove the Tuatha de Danann from the surface of Ireland, and it was one of their number, Manannan mac Lir, that drove them into the Sidhe mounds, where they reside to this day.

This division was caused by the clever acts of Amergin, a poet of the Milesian people. When he was asked to divide the land between the two people, he graciously gave the Tuatha the ‘underground’. 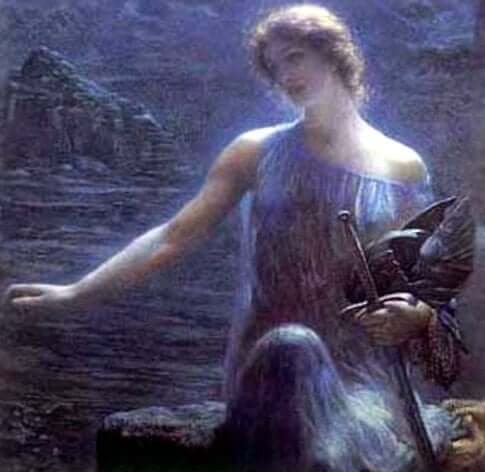 Needless to say, these great people are not the simple fairy folk of the gardens and hills, nor are they the diminutive folks of the land such as the Leprechaun and Redcaps.

The Tuatha de Danann, sometimes known as the Sidhe, are the nobility of the Fae folk, and to court them is a perilous thing. At best they will simply reject your advances if not approached properly. At worst you will find yourself being tormented for your hubris in attempting to contact their royal court.

Like any progression, if one would work with and get to know the royal court of the fae, one would be best served learning the culture from the bottom.

Start with the simple garden fae, and begin to work with those that are older and more entrenched as time goes by. Eventually, one may find a Faery Fetch to guide their way into the royal court of the Tuatha de Danann in 2017.