Nuada Airgetlám – God of the Fae

He led them in battle against the Fir Bolg to claim half of it for his people. He was a fair-minded ruler, trying to negotiate for half of the island first, and then leading his people to war when that offer was rejected.

He gained his name during the first great war against the Fir Bolg, when he lost his arm in the battle at Magh Tuireadh, the plain of pillars. It was Sreng, champion of their people, that took his arm from him. 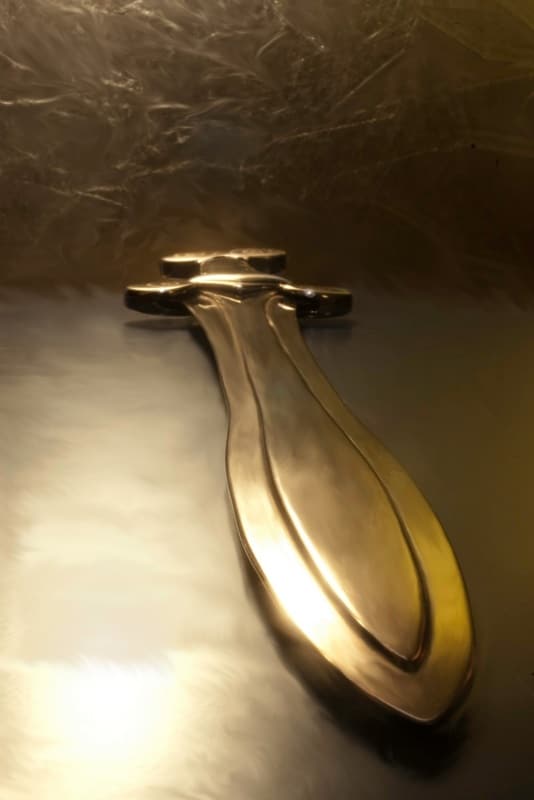 The Tuatha de Danann had a law that said that only those who were perfect of body could serve the seat as High King.

This wound therefore made him incapable of leading his people any longer, and he was deposed at that time for his wounds.

In his place they put Bres, who proved to be a cruel despot of a King, demanding high tribute from the people he ruled, and those he conquered. So it was for seven years before Dian Cecht forged Nuada a new arm of silver, and thus rendered him whole.

Due to the nature of Bres’s rule, he was removed from his throne and Nuada was restored to the position, where he once again led as the wise ruler for another 20 years.

Bres attempted to retake the throne by force, and so the land was torn by war for a great while after that until the young sun God Lugh joined them. He aided Nuada in the war against Bres, and stood with the Tuatha de Danann fae against him and his people.

A great second battle occured, again at Magh Tuireadh. Here Nuada was killed and beheaded, though Lugh got his revenge and slew his killer.

Nuada was known to possess one of the four great treasures of the Tuatha de Danann, the Claíomh Solais, the Sword of Light.

No one ever escaped it once it was drawn, and there was no force that could resist it. It was referred to in the Tain legend as ‘Nuadu’s Cainnel’, a bright glowing torch or ‘Nuada’s candle’.

Nuada is often related to the god Nodens, a Roman-British deity of the sea, and also with Mars, and Nudd from Welsh mythology. He is also related to Tyr from Norse Mythology, and Llud Llaw Eraint from the Welsh as well. These characters bear a great deal in common, the last two specifically having lost a hand in pursuit of wisdom.