As part of the rise of Wicca as a religion, there have been certain aspects of it that chose, possibly as a stand against patriarchal politics and religions, to turn to a more feminist based religion.

The Goddess movement was considered to be part of second-wave feminism. As part of turning from male-dominated faiths, many woman chose to embrace the idea of a female deity that was keeping in line with feminist beliefs and value of women.

Goddess beliefs comes in a number of different forms and traditions. Some of them only recognize female deities, others will include male deities as part of their practice as well.

While those that adhere to a female only faith will refer to an entity they call “The Goddess” this does not imply that they are a monotheistic faith. 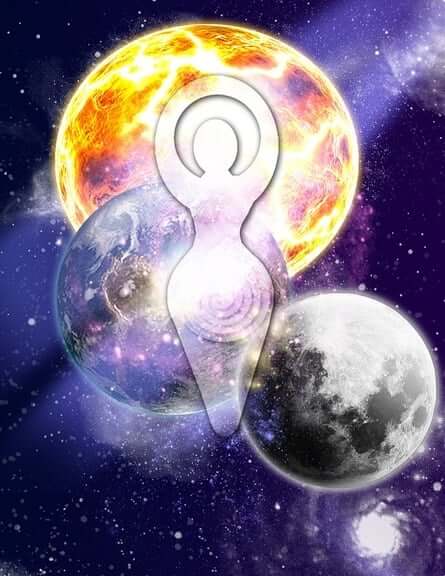 During the 19th century, a number of feminists, including Matilda Gage and Elizabeth Stanton wrote on their concepts of a female deity. These ideas were largely ignored in North America and Europe until a couple decades later.

There are a number of myths invoked in this new path of Goddess based feminism, though there is some skepticism regarding their source. Some have been acknowledged to have been reconstructed from ancient sources, others are considered purely modern fabrications. Like most myths within Wicca, these are interpreted metaphorically as reflecting ancient worldviews.

The concept of Henotheism encompasses all female deities that one may choose to adhere to, and is one concept adhered to by some of those involved in the Goddess Movement. One large concept that hangs on is that of a deity having multiple aspects, and is a recognition of the multiple nature of a single deity’s manifestations. Inanna from Sumer and Isis in Rome and Egypt both reflect this last concept clearly.

The Goddess within the Goddess movement is often recognized as a triple-aspect, representing the stages of life that woman may travel through. The three aspects are Maiden, Mother, and Crone, and each has a significant archetype attached to it.

The Maiden is shows the young, independent, strong female in her youth and prime of her life. The Mother aspect of the Goddess represents the maternal and nurturing aspect, while the Crone embodies the wisdom of age and represents wisdom, change, and transformation.

The Crone contains some interesting elements, understood to be a somewhat destructive deity at time, coming at the end of life as she does. The concept inherent to this is that she can serve as a corrective force, and one that is righteously directed. As such, she can be invoked to combat ignorance, ego, and other negative forces within one’s life. As such, she is often seen as destruction personified.

Within Wicca, there are certain Goddesses that are popular to call on, and play a strong role in Goddess Movement based traditions. Among them are Diana, Hecate, and Isis, though these by no means are all inclusive. Not all followers of Goddess Movement traditions identify as Witches, as they are trying to avoid the negative connotations that was once attached to this image.