Crystals can be a powerful addition to any magical working, but like any tool it’s necessary to properly purify of it of any unwanted energies when you first take ownership.  Generally stones are acquired from a retail store of one form or another, and have seen a lot of handling as other people communicate with the stones trying to decide if it’s for them. Even if the stone was taken from a natural source such as a river, lake, or just picked up off the ground, the energies of the place it was found will permeate the stone.

Purification of a stone can be very simple, though there can be some extra steps taken if there are qualities of the stone you’re wanting to keep from where it was acquired. Other than that, the steps can be fairly simple.

Some people feel that a simple visualization of energy cleansing the stone is sufficient, or washing it in blessed water. In my opinion this may be good for maintenance or a cursory cleansing, but given the nature of the tool in question I don’t believe this is sufficient.

Crystals, being minerals, take a long time to form in nature, and this is part of what gives them their ability to retain energy for a long time, and to hold onto it even under other influences. As such it takes a certain amount of effort, and a little time and care to properly cleanse a stone of the energies it’s already infused with. After all, these qualities, the ability to retain and resonate power, is part of what we want them for! 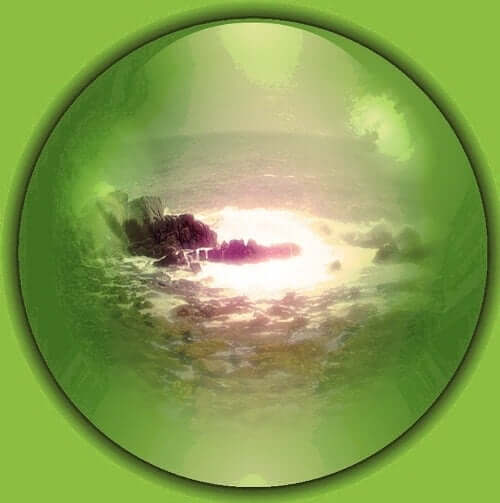 To properly prepare for cleansing or purification a crystal will take a little time to do it properly. Obviously steps can be skipped if there is an urgent need to prepare a crystal, but generally in these cases another form of magic will do until you have properly prepared your ritual tools. Magic is an art best not short-handed, the unintended side-effects can be inconvenient at best, decidedly unpleasant at worst.

That being said, a basic crystal cleansing can be accomplished with ritually purified black sand (easily accomplished by leaving it exposed to the energy of the full moon), blessed water (a little more involved, reference that article), and a little bit of time. Take a bowl, any simple glass or ceramic bowl will work, though a silver bowl is ideal if you own such a thing.

You will wait until the very last night of the last quarter of the moon, and place the crystal in the bowl, on the black sand, partially buried. If it’s a stone that has a terminus (a point), place it base down, point up. If it double terminates, place one point down into the sand, leaving the other upright. Placing it outside is best, but placing it in a window where it can be exposed to the fading light of the moon will work as well.

Take the blessed water, and pour it over the stone visualizing the energies in the stone washing away into the sand, and then being grounded out through the bowl into the ground. You will then leave the stone until the third night of the new moon.

The black sand can generally be reused, merely allow it to finish drying out, and place it back in a opaque container until you’re ready to use it again.  It may take a little time, but this process will ensure that your crystal is completely purified and ready to be used for whatever purpose you may desire to turn it to.