7 Things To Know About House Husbands

7 Things To Know About House Husbands

While many women are going to work, more men are starting to stay home with their children and are becoming house husbands.

Being a househusband puts your family at a higher financial risk than if you were to work and put your child in daycare instead. Having a one-parent income can be tough on a family, especially if they have more than one kid.


While it’s great to give mom a chance to work, in many places it is still true that men make more money than women, which could also cause more financial problems for your family.

Being a house husband may be noble, but it’s a full-time job that doesn’t pay, at least financially. Take this into consideration before becoming one.

One thing that people might not know about house husbands is that many of them go back to work quickly after becoming a house husband. Once these men return to work, they are likely to have a worse work performance when they go back then before they stopped working in the first place.

It will take a while for these men to get back into the swing of things at work after they have been taking care of their children for twelve or more hours a day. 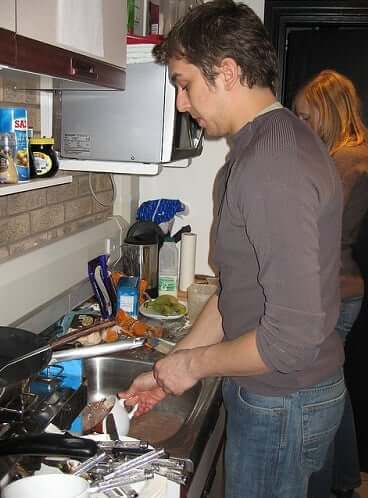 #3. Stressful Situations for Mom and Dad

Only having one parent earn money can put stress on the parent’s relationship with each other, and sometimes with their children. With mom working all day at her job, and dad working all day at home, both parents are likely to be exhausted and stressed out at the end of the day.

With women all over the world getting more rights to work and earn almost as much as men, more men are opting to become househusbands. It’s becoming more and more normal for a man to want to stay at home with his kids all day.

If you think that becoming a house husband will make you look strange, don’t worry about it! There are more househusbands every year, the numbers seem like they will keep growing.

While it seems that many mothers automatically have a motherly instinct when their child is born, it can sometimes take some time for a father to get the hang of taking care of a new baby. When a man decides to become a househusband he is more likely to learn the in’s and out’s of parenting when compared to a father that works. While men who work can be good fathers, it seems like fathering comes more naturally to house husbands. 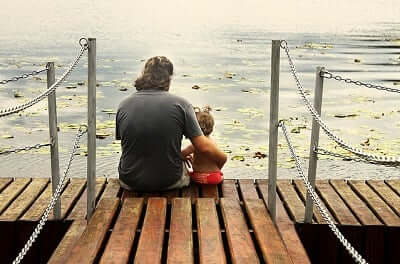 Being home alone all day with their children will make the househusband be more willing to go out alone with his wife. While it might be hard to find time to spend alone, there is no doubt that the house husband will be craving for some alone time with his wife.

While their lives can be stressful, they know that they can rely on their wives to help them relax. This could make a husband and wife’s time together more romantic and special.

After being a househusband there is no doubt that he will learn to appreciate his wife more, especially if she was the one staying home with the kids earlier. After spending long hours with their children, the new househusband will finally know what it was like for his wife to spend all of that time alone with the kids.

House husbands tend to complain less about the kids and the cleanliness of the house once he returns to work. This will bring some much-needed relief to the reappointed housewife.

Hopefully this article was able to teach you some new things about house husbands!