What Is The Pentacle Symbol?

The pentacle is a symbol incredibly familiar to anyone who has seen any horror movie anytime past the 1970’s. All too often it is associated with evil and negative things, dark spirits, and Satan worship. This can lead to some confusion since pop culture has appropriated this ancient symbol to represent their big bad. How then, does this symbol play into Witchcraft and how did it become associated with the same?

The first thing to know about the Pentacle is that it has a long and ancient history that predates the Christian religion. And yet it is involved in some elements with that faith, but not in the way you might presume. In those days either it, or a hexagram (the six pointed star) were used as protective symbols. 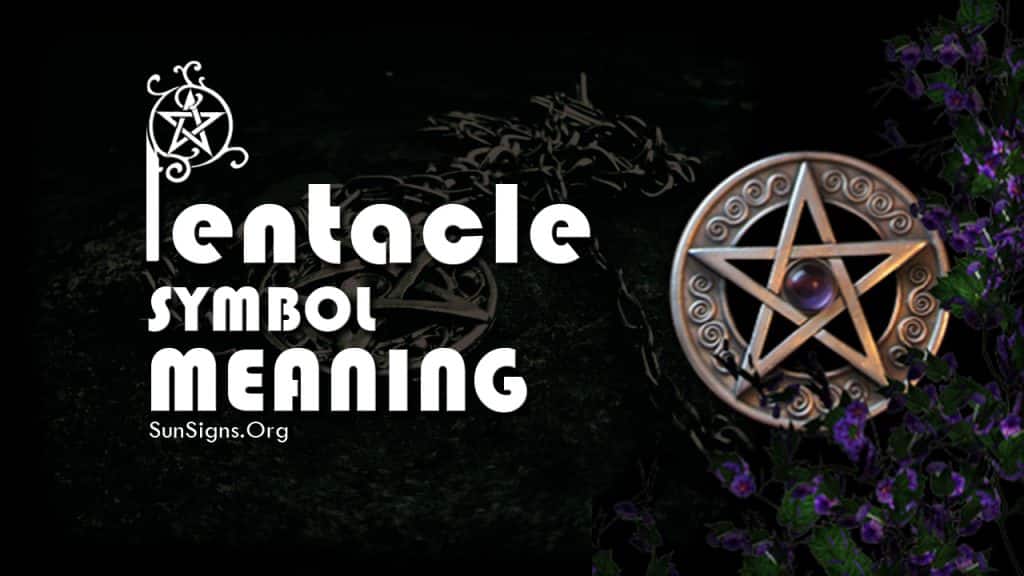 But let’s approach the Pentacle in a general sense. The Pentacle itself is merely a five-pointed star encased in a circle. (Read about circle symbolism). In the modern faith known as ‘Wicca‘ and all it’s derivatives, cousins, and siblings, it is generally recognized as having a point assigned to each of the five elements. Those being Water, Earth, Air, Fire, and Spirit. (Read about the 6 most common Wicca tools).

The combination of these five elements is seen as being the composition of all living beings. The symbol inverted, or with a single point down, is used in some Wiccan traditions to indicate a period of transition or initiation in a new recruit to a Coven of Witches.

That being said, it is important know that it’s use goes back much further still, being mentioned biblically as the Seal of Solomon. There is a book written in 1565 (the Fourth Book of Occult Philosophy) that dictated how the pentacle should be used to prevent demon possession, to communicate with good spirits, and in general used as a tool of magic.

The Symbol of the Pentagram, paradoxically, has also been strictly associated with the element of earth. Once clear indicator of this can be found in the Tarot. The Suit of Pentacles is deeply concerned with physical health, prosperity, and stability and wealth, all attributes of the Earth element.

How the pentacle came to be associated with evil can be tied back to the birth of witchcraft in America back in 1954. Witchcraft came out during a perilous time, into a conservative world and nation. Based on the heels of this it was assumed the Witches were practitioners of Satanism. Quite a feat for a faith that contains no Satanic principle or devil! (Read more articles on witchcraft).

However, the Catholic church, and the church in general, took strident measures to demonize the gods of the old faiths. As they were closely tied to nature, horns and hooves were the order of the day.

To that end, the inverted pentagram was perceived to represent one of the devils faces, Baphomet, a goat headed deity. The lowered point was the goats beard, the top two his horns, the bottom two his ears, and the center pentagram was his face.

From this extension, as well as reports the Knights Templar were worshipping this same being from ages past, it was an easy step to associate the pentacle with devil worship, and Wicca by extension.

Share
Previous Is Your Job Killing Your Love Life? How to Have A Great Career & Amazing Romance
Next How To Open Your 7 Chakras?