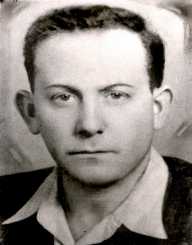 Mordecai Anielewicz was the founder leader of the Polish Jewish resistance in Warsaw during the WW2.

Mordecai Anielewicz was the son of Abraham and Cyryl Anielewicz. Born in Wyzskow in 1919, he was one of the four children in the family. The family relocated to the capital Warsaw when he was still a toddler. He was brought up in Warsaw. Anielewicz went to Jewish school graduating in 1933. He then completed his Jewish studies in a high school program that was allowed by the Polish government.

Growing up in Warsaw was not easy for Anielewicz. He was constantly bullied for his Semitic roots. This made him defiant. But with no one to defend him, Anielewicz resorted to defending himself. The constant bullying led to his joining the Betar Youth Movement in 1933. This was Zionist movement advocating for Jewish self-defense and return to Israel. Anielewicz served in the Polish military for a while. After his discharge from the military camp, he joined a more socialist Jewish movement.

On September 1, 1939, Adolf Hitler invaded Poland and officially sparked off WW2. In a matter of days, Poland was overrun by the superior German military. On September 7 fearing an onslaught from the Germans, Mordecai Anielewicz led his youth movement east of the country. They were unaware that the Soviets had entered Poland from the east. The Soviets took Poland In less than a month.

After a pact with Adolf Hitler, the Soviets left Poland in the administration of the Nazis. On his way to Romania, Anielewicz was arrested by the Soviets. He was released a few weeks later. He then went to Lithuania where he met escaping Jewish refugees. He managed to prevail over some to go back to Poland.

In January 1940, Mordecai Anielewicz led a group of Jewish comrades back to Poland. They settled in the neighborhoods of Warsaw. Among them was his girlfriend Mira Fuchrer. Two years after their return, the Germans started their mass transfer of Jews to concentration camps. Those who did not conform or were too frail were taken to the gas chambers.

Anielewicz organized a resistance movement and was chosen its commander. The Jewish Fighting Organization was a collection of the various youth groups in Warsaw. Anielewicz incorporated other willing formations like some sympathizing communists.

He organized the group into a military formation. They dug tunnels, made trenches and build bunkers in anticipation of the Nazi annihilation of the Jewish population. With external contacts, Anielewicz contacted the Polish government exiled in England. Happy by his intentions, they managed to smuggle ammunitions to support the course. When all these preparations were going on, other Jews still did not perceive the grim reality ahead.

On January 18, 1943, the Germans went into Warsaw for the transfer of the Jews to labor camps. Mordecai Anielewicz ambushed the Germans and killed all the 50 soldiers. The resistance also suffered major casualties. In the short and intense fighting that lasted about five hours, all the resistance fighters in the ambush died save for Anielewicz himself.

The Germans retreated. But this was only for a while. Still, it was a significant victory. The older generation and others who doubted the German motives joined the resistance. The resistance movement went an armament drive to strengthen its artillery.

On April 19, 1943, the Germans came back to Warsaw. This was a significant day for both parties. It was the eve of Adolf Hitler’s birthday. On the Jewish side, it was the eve of the Passover, the holiest festival in the Jewish world. The Nazis were ambushed in the morning. They consequently retreated. The next day, they were back in the ghetto. This time they were armed with more personnel and heavy gun power.

Despite their superior army, the Germans were held back in the urban guerrilla fighting. The Germans were, however, taking over the bunkers and tunnels one at a time. On May 8, 1943, the Germans discovered the Jewish Fighting Organization’s headquarters. Unable to penetrate it, the German Commander General Jürgen Stroop ordered of its burning. It was razed down using combustive gases. No one survived.

Mordecai Anielewicz led a peasant uprising against the mighty German military. It withstood the Nazis for weeks in heavy and guerrilla fighting. Even in his absence, the Poles gained confidence and continued the fight.

Both the Polish and Israeli government have honored Anielewicz. A commemorative plaque stands at the place where Anielewicz met his death. There is a community kibbutz in Israel named Yad Mordechai.