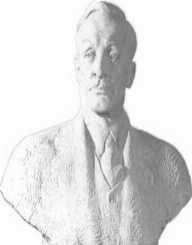 Ivan Daminikavich Lutsevich best known with the pen name Yanka Kupala was a Belarusian poet and writer. Born on June 25, 1882, Yanka Kupala is one of the greatest Belarusian language writers of the 20th century. His resistance to all odd and the pursuitof writing his poems in the Belarusian language although Russian was the official language at the time made him a national hero. With this posture, Yanka Kupala was considered as a symbol of the culture of Belarus during the Soviet era. Authorities pursued him for most of the poems he published but was never perturbed and did not change his tone and theme of writing.

His parents worked as tenant farmers at the folwark as they were landless. Kupala had a traditional Belarusian education and completed in 1898. At age 20, Yanka Kupala lost his father and had to pick on short-term jobs like a shop assistant, record keeper, and teaching.

Yanka Kupala started his career as a poet under the pseudonym "K-a" and came out with his first poem Ziarno, which was completed between 1903 to 1904. Though Russian was the official language in his country at the time, Yanka Kupala was still bent on writing in the Belarusian language and came out with his first poem in that language titled "??? ????" on July 15, 1904. All this while, none of his poems had been published, and that yoke was broken with the poem "?????" which was published on May 11, 1905, in Belarusian in the Russophone Belarusian newspaper Severo-Zapadnyi Krai. From 1906 to 1907 some of his poems were published in the Nasha Niva newspaper in the Belarusian-language.

In Vilnius And St. Petersburg

In 1908 Yanka Kupala traveled to Vilnius to continue with his poetry career. While there he published his first collection of poems titled??????? (The Little Flute). This publication angered the czarist government who saw the book as a threat and therefore labeled it as anti-government publication and ordered all copies to be confiscated. In 1909, in order to arrest Yanka Kupala was terminated, but all future publications of the book were confiscated by the local authorities in Vilnius. To save the Nasha Niva newspaper from troubles with the government, Yanka Kupala stopped any further publications of his works by them.

Yanka Kupala then set off to St. Petersburg in 1909 where he published most of his works including ???????? ?????? (Eternal Song) ??? ?? ??????? (Dream on a Barrow) which was set on the poor state of his homeland. In 1913, Yanka Kupala returned to Vilnius where he started working with Nasha Niva. Yanka Kupala kept contact with famous Russian and Polish writers like  L.Gira and V Brusov. Brusovhad an impact on Yanka Kupala writings and was used to translating some of his works into Russian. To further his education, Yanka Kupala moved to Moscow to pursue a course of History and Philosophy at the Shanevski People’s University.

During The Soviet period

After the Great October Revolution of 1917, Yanka Kupala usual tone and theme began to change into a more optimistic one. Yanka Kupala translated the internationalist-Marxist anthem, The Internationale into Belarusian language and also the epic poem The Tale of Igor’ss Campaign in 1921. His anti-Soviet posture still persisted and maintained a strong connection with the anti-Soviet oriented emigres of the Belarusian People’s Republic who also asked him to join them in exile in Czechoslovakia. During the Nazi Germany of Belarus, he moved to Moscow and later to Tatarstan. During this period, Yanka Kupala wrote in a nationalistic way. Kupala died in1942 aged 59 in Moscow when Yanka Kupala fell from the staircase in Hotel Moskva.

Yanka Kupala was named after Hrodna State University and also a theatre in Minsk. His monument is cited at the Arrow Park in Monroe, New York and also has a monument at the city of Ashdod in Israel. In 1941, he was awarded Order of Lenin for his poetry collection?? ????? (From the Heart).