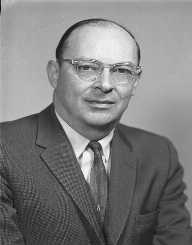 Walter Houser Brattain was born on February 10, 1902. He was an American Physicist. In 1956, he received the Nobel Prize in Physics for the invention of the transistor.

Walter Houser Brattain was born on February 10, 1902, in Fujian, China. He was born to Ross R. Brattain and Ottilie Houser Brattain. His father was a teacher while his mother was a mathematician. He was brought up alongside two siblings, Mari Brattain and Robert. In 1903, his family moved to the United States. In 1911, his family moved to Washington DC. He attended Queen Anne High School, Tonasket High School, and Moran School. He later joined Whitman College in Walla Walla, Washington.

In 1924, Walter Houser Brattain graduated with a Bachelors of Science Degree with a double major in physics and mathematics. In 1926, he received his Master’s Degree from the University of Oregon, Eugene. In 1929, he obtained his Ph.D. from the University of Minnesota. He submitted a thesis on ‘Efficiency of Excitation by Electron Impact and Anomalous Scattering in Mercury Vapour.’ He learnt quantum mechanics under the American physicist and mathematician John Van Vleck.

In 1927, Walter Houser Brattain became a radio engineer at the National Bureau of Standards, Washington DC. In 1929, he joined Bell Telephone Laboratories currently known as Nokia Bell Labs as a research physicist. He began working on the thermally induced flow of charge carriers in copper oxide rectifiers in collaboration with Joseph Becker.

In the 1930s Walter Houser Brattain collaborated with William Shockley in an attempt to develop a field effect transistor at the Bell Laboratories. During World War II, they worked with the National Defence Research Committee where they researched on magnetic detection of submarines at the Columbia University. Walter’s team developed magnetometers that discovered irregularities in the magnetic field of the earth caused due to submarines. In 1945, Bell Laboratories created a team of researchers to research the field of solid state physics concerning communication technologies.

In 1947, Walter Houser Brattain, John Bardeen, and William invented a working transistor. He remained a visiting lecturer at Harvard University in 1952. In 1952, he was conferred honorary D.Sc by Portland University. In 1955 he received honorary D.Sc from the Union College and Whitman College. In 1957, he received another D.Sc from the University of Minnesota. In 1962, 1962 and 1963, he was a visiting lecturer at Whitman College. In 1967, he retired from Bell Laboratories. In 1972, he became an adjunct professor at Whitman College.

In 1956, Walter Houser Brattain received the Nobel Prize in Physics jointly with John Bardeen and William for their invention of a working transistor.

In 1935, Walter Houser Brattain married chemist Keren Gilmore with whom he had a son, William Brattain. In 1957, his wife died of cancer. In 1958, he married Emma Jane and adopted her three children. He died on October 13, 1987, in a nursing home in Seattle in Washington DC. He was interred in the Pomeroy City Cemetery in Garfield County in Washington DC.